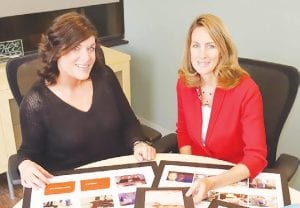 Laura Dixon, Publicom vice president—creative director, at left, and Lisa O’Connor, Publicom president, lead the team that created the advertising for the firm’s clients which earned 18 national awards in three competitions during 2015.

The winning entries for the most recent awards were created for the following clients:

Lisa O’Connor, president of Publicom, said the awards are another sign that Publicom’s professionals consistently maintain the highest standards of quality in work produced for its clients.

“In the constantly changing and challenging health care landscape, applying effective marketing strategies requires a thorough understanding of the market, the hospital and the communities served,” said O’Connor. “Because we strive to always be at the top of our game, it is very gratifying to know that our marketing campaigns rank among the best nationwide.”