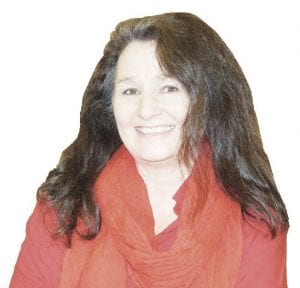 You’ve probably heard the saying, “The only constant is change.” History attributes those words to the ancient Greek philosopher Heraclitus.

Clearly, Heraclitus never attempted to direct that change because, had he done so, he would know there is at least one more constant: resistance to change.

Anyone who has ever served on a committee, commission, council or board knows this is so very true.

Many people don’t like change – it’s discomfiting – and their go-to move when they see change happening is to complain, often vehemently. Complaining is usually the extent of their input, however. They offer no alternatives, viable or otherwise.

Throughout my career, I’ve covered a lot of city councils and township boards, and I’ve found that every community has that core group of people who are against everything.

They want nothing in their community to change, completely ignoring the absolute truth that their community changed immensely up to the point that they arrived on the scene.

If nothing ever changed, the whole world would be just a bunch of foliage and dirt and rocks and water. Or, fast forwarding a few millennia, we’d still all be hunter-gatherers with a life expectancy around 35.

Change is inevitable. Roads, buildings, natural resources and even people deteriorate over time. And then what, if no one takes the reins to drive the change?

Here’s another absolute truth to ponder: it’s not all about you.

You live in a community, a multigenerational society, a socio-economic gumbo, a cultural crazy quilt. And, again, it’s not all about you. All of your complaining will never make it so, and quite frankly, if you complain enough everyone but the other complainers will just stop listening.

Having said that, I am going to take a moment to complain about something: the people who live in my grandparents’ old house cut down all the lilacs THAT I LOVED.

They might have had a good reason. They definitely had the right because they live there now and pay the mortgage and the taxes.

But they didn’t even consider that I like to drive by occasionally and reminisce, and they’re ruining my fond memories because the house doesn’t look exactly like it did 44 years ago. On the other hand, they replaced the old garage doors with carriage house-style doors that really add character and look so pretty.

So, what’s my point? Things. Will.

You can’t change that.

You can only change how you react.

You can jump on social media and complain about having to drive all the way around the block because the road was closed for a few hours for a family-friendly event, or you can say, “Hey, look at this cool thing my community does for us.”

You can call 911 to complain about the loud music at the park, or you can go over there and enjoy the sights and sounds of a summer evening, and get to know your neighbors.

Lania Rocha is a staff writer for the View Newspaper. She can be reached at lrocha@mihomepaper.com.