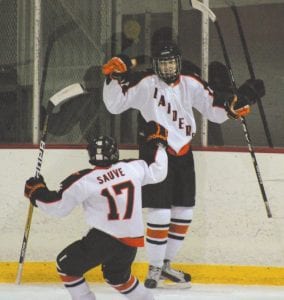 Grand Blanc outlasted the Raiders in overtime, sending the Raiders home with a loss. Mitch Beam had 12 saves on 13 shots and Philippe Benchley had 16 saves on 21 shots, splitting time in net for the Raiders.

The Raiders hosted Bay City Central on Wednesday and travel to Fenton on Saturday.