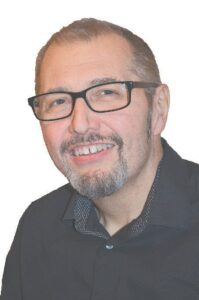 As I couldn’t settle on one particular topic for this column, I decided to just roll with a few things I’ve had on my mind.

Things are different in the UP: Anita and I traveled to the Upper Peninsula in July to visit her son, Nathan, who lives in Houghton. This was a first for both of us since and neither of us have ever been that far west in the UP.

In fact, other than a trip to Sault St. Marie when I was 14, I’ve never spent time in the northern most part of the state.

It was certainly a different, more laid-back vibe up there. No hustle and bustle, with people, more or less, getting along at their own pace.

Enjoying the pace of life up there, I was just starting to think, “man, I could get used to a place like this” when I saw the Snow Stick outside Calumet which shows how deep snow there has gotten in the past.

Last year was considered a year with a low snowfall year at 15 feet. The highest recorded total snowfall for a winter in that area of the UP was 390.4 inches in the winter of 1978-79.

At that point I decided I’d be glad to come back in the summer, but I’ll stick to downstate for the winters.

Can’t go anywhere without road construction: It’s nice how they picked this summer to tear up every road, street and expressway in the county. On a recent drive to an event in downtown Flint I could barely drive a couple blocks without seeing orange cones and “road closed” barriers rerouting traffic.

I’m all for “fixing the damn roads” but come on. I-69 really needed to be totally rebuilt where it runs through Flint?

I think Google Maps is running out of alternative routes to avoid construction and detours. Soon the map app will just say “pick any route, you’re going to be late anyway.”

Will it ever end? Sure, a lot of it will probably wrap up before the snow flies, but I guarantee it will be back again next spring, along with the flowers and green leaves on the trees.

Drones are everywhere: I’ve often thought owning a drone must be a lot of fun. I’ve joked in the past it would be awesome to have a drone for the newspaper that we could just fly out to a crash or event and take pictures with.

We recently received and published a photo from a drone operator in Davison Township who caught the aftermath of a car chase which ended with the fleeing vehicle crashing into a ditch. I have to say, they were some good shots and I was happy to use them.

While I don’t see that becoming the way of journalism any time soon, there are so many drone operators around now that they have their own clubs and organizations in Genesee County.

One such group, the Flint Area Drone Operators, recently held a fly-in gathering at Richfield Park in Richfield Township where they got together to talk about their drones and enjoy a cookout together. It made me wonder if someone at one end of the gathering asks someone to “pass the mustard” if they send it along by drone to the other person?

Anyway, that meetup was made possible because that group and other drone clubs in the area worked hard to finally get Genesee County Parks to change its rules allowing drones to operate in the skies above their facilities.

Looks like a little spirit and persistence paid off for the drone operators in that case – now, hopefully, we’ll see a lot of good aerial images of our beautiful parks system here in Genesee County.

Gary Gould is the managing editor of the Genesee County View. Contact him at ggould@mihomepaper.com.