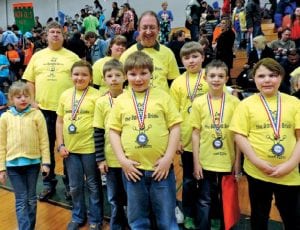 Among 48 top teams from across the state competing included local teams from Randels Elementary, the Banana Bricks; Lego Force 8 of Grand Blanc and The Mustangs from Flushing.

Mo’ Peeps won the Champions Award, the most prestigious of the FIRST robotics competition, which encompasses the key elements of the Technical and

As a result of winning this top honor, the Rankin LEGO Team is the only team in the state of Michigan selected to move on to the next level, the

World Festival, to be held in St. Louis, Missouri, April 23-26, 2014. The team will be traveling to St. Louis to compete among teams representing other states as well as 35 countries. 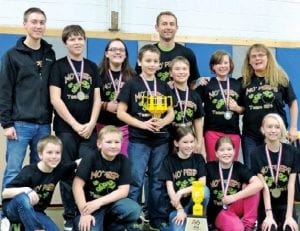 They follow in the footsteps of Da Peeps, a robotics team based at Rankin that won a world championship in 2009.