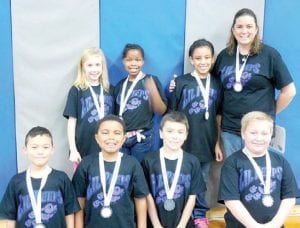 FLINT TWP. — In the latest robotics news for teams based at Carman- Ainsworth’s Rankin Elementary School, MO’ Peeps, the First Lego League (FLL) team, took second place overall among 50 of the top teams in Michigan at the 2014 southeast state championship finals held in Monroe on Dec. 6.

Team leaders reported that the MO’ Peeps had an outstanding day posting a top robot score and performing extremely well in all of their interviews. There are 451 FLL teams registered in the state of Michigan. FLL is an international competition for elementary and middle school students.

Also, the Rankin Junior FLL Robotics Team won a “First Class Award” after presenting their project at a tournament on Dec. 13. It included a working model of a bicycle.

Junior FLL is a competition for students ages 6 to 9 in grades K-3. “Think Tank” was the theme of the 2014 Jr. FLL challenge in which teams learned about simple machines by building a model made of Lego elements with a motorized part. 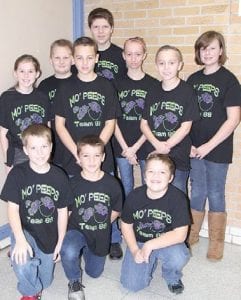