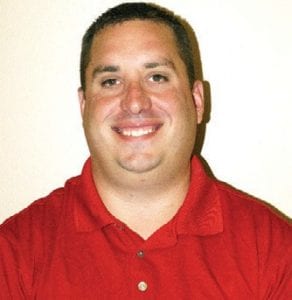 With the fall sports season wrapping up and winter sports looming on the horizon, I believe the time has come for the Michigan High School Athletic Association to look into reform for the winter sports playoff scene. Namely, the format for basketball districts and the lack of common sense that seems to take place when divvying up the teams that will play in a particular district.

While the MHSAA has done a fair job of trying to get area teams into geographical districts, it is the breakdown after the district selections that I am concerned about. With most school districts in the state in a financial pinch, travel for districts is a major concern for nearly every school in the Association. What I am proposing is something that the soccer and volleyball districts have been doing for years and would be a simple solution.

In soccer and volleyball, the districts are drawn up just as in any other sport, and then the coaches must attend a district draw to see who will be pitted against each other. The first team picked will be the top of the bracket, while second team will be bottom, with top team being home. The format continues in the same way until all the teams are placed. What is different in these sports than in basketball is that if the top team of each match up (the home team) has the ability to host the game they have the opportunity which can cut down on driving costs depending on where the district host is located.

A good example of why this is necessary was in the 2008 basketball districts that were hosted by Croswell-Lexington. Millington and Vassar were a first round match up in the district, two teams that are located six miles apart. Because of the MHSAA rules governing the districts, rather than have a game in whichever town had the top of the bracket and only having a 12 total mile trip, Millington had to make a 110 mile round trip and Vassar had a 124 mile round trip. And that is only one example describing two teams. This has happened all over the state with multiple contests. With gas costs, bus driver fees, and the cost to the fans to travel to support the teams, it is high time the MHSAA gets this right.

I am tired of hearing about the Boise State football team and how they “deserve” a chance to be in the National Championship game. There are many teams in the country that would have the opportunity to go 20-0 in their last 20 games when playing the caliber of competition that the Broncos have played, and while they are a good

team and are deserving of a decent ranking, I would love to see Boise join a legitimate conference to put all of the complaining from their fan base to rest. Playing in a BCS conference would level the playing field and show Boise exactly what it is like to play against other teams that have NFL-type talent, rather than being a team with NFL talent playing against teams that have players happy to be playing college ball like in the Broncos’ conference. Until the Broncos join either what was the Big 12 or the Pac 10 and play BCS competition week in and week out they will just have to get used to the fact that their record has been blown up against sub-par teams…and they still won’t have anybody’s respect.

It is one of the best times of the year, the high school football playoffs. Anybody that is sick and tired of watching professional athletes go through the motions and not care as long as they are picking up a paycheck need to come out and watch REAL emotion and competitiveness at a local playoff game. With week two of the playoffs upon us, it will be a fun five-week ride to see who ends up at Ford Field Thanksgiving weekend to battle for the state championship in each division.

Grand Blanc and Goodrich are the only coverage teams remaining, with the Bobcats traveling to Lake Orion to take on the team that ended Davison’s season and the 9-1 Martians hosting against a tough 9-1 Williamston squad.