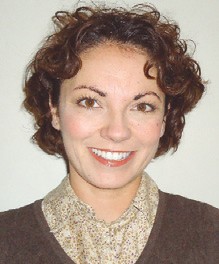 GENESEE COUNTY — Michelle Rasnick has joined the View Newspapers as a reporter.

Rasnick returns to the View family of publications after several years, but she said she started out in broadcast journalism and interned at a news station in Detroit.

She said she soon found out the interviews she did and stories she wrote weren’t sensationalized enough and had to be embellished to the point of being false.

“ The moment I realized I was not going to pursue employment there was when the president of the company commended me in a newsletter for ‘scooping’ the other stations with the top story of the day,” she said, “a boy in Clarkston had accidentally hung himself at a haunted house; congratulations.”

Rasnick said her husband and children were her life until the LA View in Lapeer introduced itself. There she said she proofread, copyedited, wrote part-time and watched the paper grow into a household name in Lapeer County, where she lives.

She left the paper to pursue other interests until the demands of motherhood forced her into a new profession — chauffeuring.

“School, skating, soccer, choir, piano, French horn, string camp — you name it, I drove there. I soon found substitute teaching was a better venue and I could be at the same place as my kids and get paid for it,” she said. “ That was until I decided to homeschool last year. Talk about demanding!”

Rasnick said her children are in parochial school and “really enjoying it.” There, she said helps out as editor of the school newspaper.

Rasnick will report for The Swartz Creek View. She can be reached at 810-452-2652 or by e-mail at mrasnick@mihomepaper.com. — View Staff