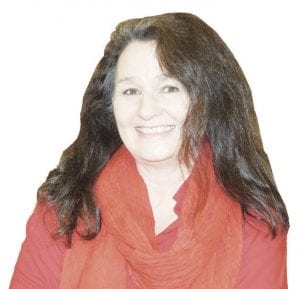 I t all started innocently enough. Years ago, when I forgot to do something important and it cost me a bunch of money, I started leaving notes to myself.

At first, it was just a little reminder here and there, things like “Pick up mom from bus station,” or “MAIL TAXES, don’t just put a stamp on the envelope and leave it in your car for three months.”

Somewhere along the line, it became an addiction. I got a little taste, I became dependent and the next thing I knew, it was controlling my life. At the height of my addiction, I made a lot of lists. I made grocery lists, which I usually left on the kitchen cupboard next to the bag of empty pop cans. I made a budget. I made a weekly menu, chore list and clothing plan.

Then came the day that I had an extensive to-do list, which I didn’t think I could get through in one day. Lo and behold, however, I crossed everything off the list. I conquered the list. I won! I slept well that night, knowing I was fierce and mighty listcrosser offer.

The next morning, that feeling was gone. And so, I started making longer lists, and obsessing over them. I use the word “obsessing” here because no word exists to truly describe the depth of my obsession.

I’m telling you, if I had 20 things on my list and I accomplished 19, I would toss and turn and fuss and fume over that one thing that I failed to accomplish.

A few weeks ago, I rebranded my to-do list as a ta-da list, where I write down what I’ve done that day. This way, I don’t have that one “to-do” failure taunting me. I still keep a reminder list so I don’t forget to change the furnace filter or pick up mom.

Some days, the ta-da list is lengthy, some days not so much. But every day I can look at it and see that I accomplished something, even if all it says is “I rested.”