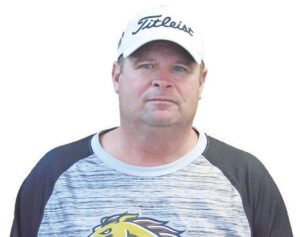 The college football rankings after week one will change with the loss suffered by Michigan State to Purdue.

The tears of joy by MSU fans from last week’s win over Michigan lasted only one week. The Purdue Boilermakers created tears of pain and suffering with a 40-29 loss. The undefeated season went down mostly because Aidan O’Connell torched the secondary of the Spartans for 536 yards.

I have seen toast not burned as much as the defensive backs for MSU were last Saturday afternoon. I mean, it was pitch and catch for O’Connell and wide receiver David Bell. How about 11 catches for Bell for 217 yards! I mean, that is close to 20 yards a catch, and that is ridiculous to allow that if I must say.

I feel as though it’s important for the Spartans to shake off this loss and finish strong. The Spartans have had a super season so far. Don’t let the Purdue loss wreck your body of work this year. The Spartans will take on the “Turtles” of Maryland this Saturday in East Lansing. My prediction is coach Mel Tucker rallies the football team and MSU wins by two touchdowns. 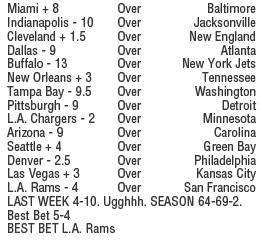 The Michigan Wolverines disposed of an injury riddled Indiana football team 29-7 in what I would call a boring football game. I will give Jim Harbaugh a thumbs up (he gets very few) for rallying the Wolverines after that tough loss to MSU last week. The Michigan Wolverines have a tough road trip to Happy Valley to take on Penn State. The kickoff is set for high noon and should be a good defensive battle. My prediction is Penn State by a field goal over the Wolverines.

The college football National Championship winner here this year will be the Georgia Bulldogs. Georgia defense is lights out and moving the ball on them is like removing my chair from an all-you-can-eat buffet.

The Georgia Bulldogs are the top “Dawgs” in 2021. I say, just look at the struggles of Cincinnati, Alabama and Oregon last weekend. I mean, Cincinnati — an over three touchdown favorite at home — barely wins and I can argue should have lost. The Alabama football team — a four touchdown favorite — escaped with a six point win. I know things can change over the next month, but I don’t see it.

The Detroit Red Wings continue to impress in the early season playing over 500 hockey. The play of Lucas Raymond, the 2020 first-round pick of the Red Wings, is off to a tremendous start. I like what I see from him so far on the ice. I cannot overlook Tyler Bertuzzi, who offensively is playing well. I sit here and think, what if Jakub Varna was not injured with his shoulder? How much better would the Red Wings be? The fact the Red Wings are playing this well without him is encouraging. The Red Wings just do not have much offensive fire power on the ice.

The Detroit Pistons are in struggle mode with a 1-8 record on the hardwood. I have not been able to watch a game yet and will share my opinion on them when I get to watch them. I am curious to watch Cade Cunningham, the No. 1 draft pick play. I hope he plays to a No. 1 draft pick on the basketball court. To be honest, the Pistons talent level is pretty thin when I look at their roster.

The college hoop season starts tonight (Tuesday, deadline day) with a Michigan State and Kansas matchup. I am looking forward to that. I still can’t believe the Spartans are not ranked.

My NFL picks were a disaster last week to the point of embarrassing!