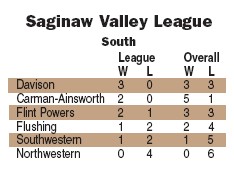 Seven different players scored touchdowns as the Cavaliers tied the point total of a 62-14 win over Swartz Creek on Oct. 30, 1998. The previous margin of victory record was in a 54-0 rout of Flint Beecher on Oct. 1, 1999. The record book goes back to the merger of the Carman and Ainsworth school districts in 1986.

The win kept Carman- Ainsworth on track for an SVLSouth title as it improved to 5-1 overall and 2-0 in the league, one-half game behind Davison. Northwestern fell to 0-6 and 0- 4.

The Cavs inflicted most of their damage on the ground, as six different backs gained at least 32 yards each. Jevonte Alexander led the way with 85 yards on two carries, Malik Seales rushed for 71 yards on six attempts, Tyquise Jackson ran 65 yards on just two totes, Tyler Minor got all of his 54 yards on one carry, Lorenzo Redmond picked up 52 yards on four rushes, and Demarion Allen ran three times for 32 yards. 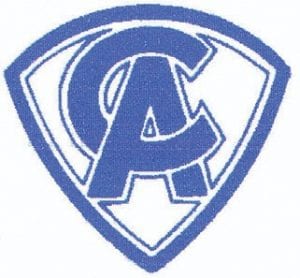 Carman-Ainsworth wasted no time, grabbing a 21-0 first-quarter lead on touchdown runs of 31 yards by Redmond, nine yards by Allen and two yards by Seales. Connor Storms kicked all three extra points and finished with eight on the night.

Alexander scored both the Cavs’ touchdowns in the second quarter, on runs of 39 and 46 yards, as Carman-Ainsworth took a 35-0 command into the halftime locker room.

With a running clock in the second half, Tyler Minor scored on a 54-yard run and hit paydirt again with a 21- yard interception return to give the Cavs a 49-0 lead going into the fourth quarter. Simeon Kemp caught a 34-yard touchdown pass from Storms, and Jackson capped the scoring with a 53-yard run. 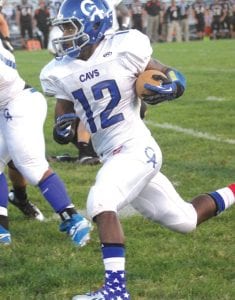