Recreational trail still not quite finished 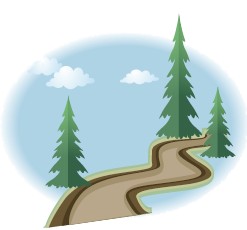 FLINT TWP. — The new Genesee Valley Trail closed Dec. 1 for the winter but when it reopens April 1, it should be available for the first time for walkers and bikers to use from one end to the other.

The 2.69-mile, non-motorized trail runs from Linden Road in front of the Genesee Valley Center mall to Corunna Road just west of Ballenger Highway. Though officially dedicated in October, the eastern portion of the trail remained closed due to some last-minute hitches.

“They are finishing it as we speak,’’ Township Supervisor Karyn Miller said earlier this week.

The delay was due to some design issues that engineers had to agree on then order materials, she said regarding a bridge along the trail that was part of an abandoned railroad. All that was there before was a structure that held up the railroad ties, Miller said. The completed structure will include railings and decorative arches.

Miller said she expects the work to be done by the end of this month.

Another delay in construction was caused by a lawsuit threat from the Muffler Man store on Corunna Road because the trail’s path cut off a portion of its parking lot. That issue was resolved out of court.

The township raised $42,000 in donations to pay engineering fees for the trail which was otherwise paid for with a $950,000 Congestion Mitigation and Air Quality Improvement (CMAQ) federal grant.

Miller announced at the dedication a future goal to connect Flint Township trail to those in the cities of Flint and Swartz Creek. Plans are being made to complete another leg of the township’s trail by next summer with the resurfacing of Norko Drive that will create bike lanes connecting the new trail to an existing trail in the Flint Twp. Park next to the police station on Norko.