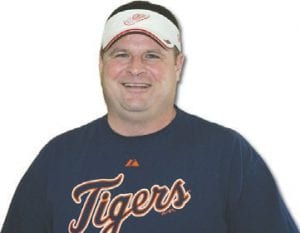 What a week of baseball at Comerica Park. The Motor City Kittys win three of four from the Halos of Los Angeles for a great series win. The Chicago “Pale” Sox stroll into Motown up a game and a half on the Tigers’ ball club in the standings. Three days later, the Sox are broomed out of town, losing all three games to the red hot Tigs.

The Verlander and Porcello show on Friday and Saturday was flat out awesome. The Tigers now lead the American League Central as of Monday night by a game and a half over the White Sox. The Tigers should not relinquish the lead the rest of the summer now. The have won 13 of their last 15 games and 15 of their last 20. This is what all of us Tiger fans envisioned from the beginning of the season. It just took them half the baseball season to put the puzzle all together. Maybe I can quit being so tough on them now that they are not underachieving on the diamond.

Tuesday night starts the beginning of a nine game road trip. The Tigers will visit Cleveland, Toronto and Boston. The Tigers have needed a second baseman all season long and tonight they acquired one and we all know him well. Yes, Omar Infante is back! The Tigs made a deal with the Miami Marlins for Omar and a pitcher named Anibal Sanchez, a right hander. Sanchez is 5-7 with a 3.94 ERA. He is a better pitcher than his record indicates. The Marlins score zero runs down there in Miami.

This will fit him well with a good hitting ball club and, of course, spacious Comerica Park, a pitcher’s ball park. Remember, Doug Fister had a terrible record when he came over from Seattle. Omar is hitting .287 with eight homers and 33 RBI. Detroit’s second basemen were hitting a robust .201 from numerous players who tried the second base position. We have to realize this is not the Omar Infante offensively he was years ago in Detroit. He is an improvement, however. Hopefully, it ends the pain of watching Ryan Rayburn playing second base and gets him out of the lineup—period.

The Marlins acquired young pitcher Jacob Turner, pitcher Brian Flynn, and top catching prospect Rob Brantly. The Tigers want to win the World Series in 2012 and we shall see how this deal shapes up over the next two months. Tiger Fever is running high and it’s contagious!

Sticking to baseball trades, the Yankees acquired Ichiro Suzuki from the Mariners. The trade ends 11- plus years as a Seattle Mariner. The “Diva” outfielder won two batting crowns and 10 Gold Gloves in Seattle. Let’s see how he handles the Big Apple expectations! Good luck…it ain’t Seattle media, my friend.

The British Open had a wild and bizarre finish to it.

Adam Scott, up four shots with four to play, looks like a stone cold winner. Not so fast, my golfing friends. Ernie Els birdies No. 18 and then watches Scott bogey 15, 16, 17 and 18. Can you say, Ouchie! Els wins and Scott wonders what could have been. I don’t care who you are, but you had to feel just down right awful watching Scott fold like a cheap pup tent. Man, to lose a major golf title like that is insane. I do give Els credit, though, because the birdie put him in position for a possible win and that is all one can ask. Ernie won the tournament and Scott lost it, if you follow what I mean.

The Lions cut Aaron Berry after his second arrest of the summer. The Lions’ statement is “personal conduct which adversely affects the club”. If that’s true, cut the other criminals, too!! Don’t pick and choose whose personal conduct affects the club. The positive is, it’s a start in the right direction for the Lions’ half-way house they are running. Training camp officially opens up Friday for all players.

My lack of Olympic fever irritated a few readers last week. I have been enlightened about Weiber Fever and the gymnast’s quest for gold. She is from DeWitt, Michigan. Geena Gall from Grand Blanc High School and UM will run in the 800 meters. I will give the rest of the Michigan connections in next week’s article. I will now crawl out from underneath my rock and watch with a vested interest. thefatguy@mihomepaper.com