Refs were ‘spotty’ in Big Game 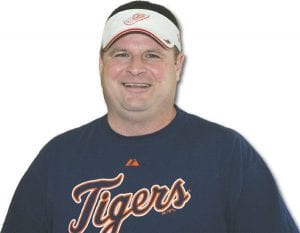 The Big Game was played over the weekend and the result was another win by the Ohio State Buckeyes 30-27 over Michigan in double overtime. This game had numerous twists and turns similar to a roller coaster ride. The game lived up to its hype, which was a good thing for the college football fans. The game provided controversy and that will last forever when everyone looks back at this game. I think it will be remembered as “The Spot” game. Ohio State fans believe JT Barrett picked up the first down and Michigan fans believe he did not get it. Understandable I think. I was upset with the officiating, as were numerous others. I always say officials can’t lose the game as there are so many plays in a game to get the victory. Can I say they contributed to the loss? That’s a resounding, heck, yeah! The Ohio State team was called for two penalties the entire game! I dare someone to look up a football game where a team has only two penalties. They say there is a penalty on every play if the officials want to call one. I thought the officiating was one sided and nothing will change my mind.

The other piece of the equation is Michigan outplayed the Scarlett and Gray almost all afternoon long. However, stupid penalties and horrible interceptions thrown by Wilton Speight were so costly. I thought all season long the quarterback for Michigan would end up costing Michigan and it came to be true. The bottom line is, in big games and The Game, you can’t shoot yourself in the foot and win. Michigan coach Jim Harbaugh was fined $10,000 for his post-game comments and reprimanded by the Big Ten. Oh, Big Ten, you had to be proud of your reprimand. If I was Jim Harbaugh my fine would have been $500,000; trust me on that.

I guess for Michigan, once again it’s wait until next year at the Big House for revenge. The Wolverines have an outside shot of still making the playoffs, I believe, if Colorado defeats Washington on Friday night in the PAC 12 Championship game.

The Michigan State Spartans’ dismal, and I mean dismal, season came to an end with a loss to Penn State on Saturday. Penn State’s 45-12 win will send them to the Big Ten Championship game against the Wisconsin Badgers. Penn State, what a turnaround going 8-1 in the Big Ten. The Spartans finish at 3-9 on the season and a shocking 1-8 Big Ten record with the only victory over lowly Rutgers. I can honestly say I never thought that the Spartans would free fall this far after making the college football playoffs in 2015. The one thing Sparty always could hang their helmets on was a tough-nose defense. This was not the case this season. Mark Dantonio is a tremendous coach, who will right the ship next year in East Lansing, trust me on that. He has built an awesome program at MSU. I believe this was just one of those down years. It can only improve next season and I think it will. Do not count Sparty out in 2017.

The Kardiac Kats did it again on Turkey Day in Motown. The Detroit Lions took down the Vikings on a late fourth-quarter field goal for a 16-13 win. The Same Old Lions must be on vacation somewhere in 2016. The Kats scratched and clawed their way to victory. They stuffed that three-point win down the Vikings throats like a good Thanksgiving meal. The dessert was first place all alone for the lovable, cuddly, little Lion Cubs.

The words first place Lions are hard to spit out, actually. I know it is for all of you Lions fans. I remember just a month ago after the Lions loss to Houston I was ready to wash my grubby paws from the Kats for the rest of the season. I know numerous others were on board, too! I know there are five games left for the Same Old Lions to repeat the ugly decades of messing things up. I think this season is different for some reason. I am still skeptical about drinking the Kool Aid just yet, though. I will let it stand in the refrigerator, stay chilled and pour a glass soon I hope. I hope it’s grape, because that was my favorite as a kid. Heck, who am I kidding? I am still a kid, or so people tell me. thefatguy@mihomepaper