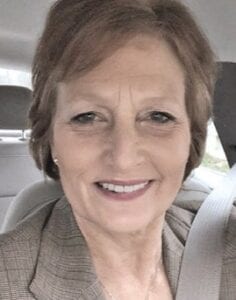 Mass media is everywhere nowadays with the Internet at home, work, school, game consoles and the cell phones we all carry.

How did we ever get along without it? Well, just think back in ancient times, they chiseled pictures on a wall to communicate, then on animal skins, before they even learned how to speak a language. And you think you have a hard time understanding your friends. That must have been hard when men had more than one wife, right?

I love media all forms. I have been involved in media my whole life. Go back a few hundred years to the first printing press in 1440, invented by Johann Gutenberg in Germany and the first book printed was the Bible in 1455.

The Britannica Magazine’s first printing was 1741. Ben Franklin’s first newspaper “Publick Occurrences’” in 1690 and other written books and stories have been written throughout the years. One thing I really appreciated during this time of the lock down, was the time to reflect on my life a bit, slowing down off media and resetting goals. Did anyone else do that? 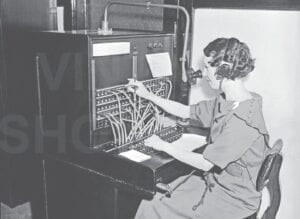 An example of an early telephone switchboard. Photos courtesy of the Burton Area Historical Society

Looking back at simpler days, when our great grandparents were around, life was wonderful the kids walked home from school with their friends and talked. After they did their chores, they would play a game outside or go swimming (no video games) the family would all listen to the radio program together before bed.

“The Golden Age” years of the radio, were from 1920-1950. I always liked the radio, you couldn’t see their faces, just heard a voice so there was no bias. I love the singing without knowing who they were (you can close your eyes and imagine).

In 1940 black and white television was introduced and that was exciting! Not many people could afford it, only a few channels not like today, then color came out in 1954 and the rest is history. Would you have thought today the average household has two-plus TVs.

Let’s go even farther back when the first radio wave was even found. Remember Morse code used, in case of an emergency, well that was 1832, the start of wireless messages, Electromagnetic (ITU) and S.O.S. Without Heinrich Hertz researched findings about wireless waves, there wouldn’t be any of what we have now.

In 1876 Alexander Graham Bell patented the telephone before they keyed it together with the radio waves. This was good that is was separated, now they could both advance to grow to what they are today. My friend Sadonna was an operator for Bell Telephone Co. in Flint in 1963 and has fun stories to tell about the DEW Line. I remember the party lines, do you? Marconi discovered shortwave radio in 1920 and the telephone call around the world was in 1935. Internet started in 1991, open to the public.

When children play ball in a field and DON’T know the Rules… they all CHASE the ball around the field. (they don’t know the rules where to stand)? We the people of the United State of America are acting the same way! Find out what the rules are, follow it, you will beat them at their own games! Violence hurts all! Use media to help, not hurt others. Let’s use the Media, the Constitution was written for us. HOW to follow the rules, not just CHASE the ball! Or Not just kick the can! Remember When is a weekly column in the Burton View featuring historical stories about the community from the Burton Area Historical Society. If you have some Burton history to share, email History.Mona@yahoo.com.