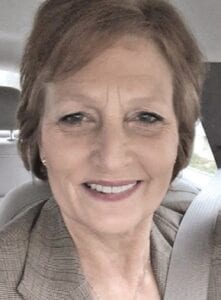 Researching history and genealogy is my favorite thing to do and finding how all of us are tied together as a family. I have been really doing a lot of research on how and why my family came from Europe and how they went through persecutions for what they believed, so they left everything they knew and settled in America.

My Father’s mother’s side, Barton, came over 400 years ago to America (but they were in the UK for 1,000 years). Most of my family has been here about 200 years. People of all ethnicity and cultures came here for a safe place to live with freedoms. Away from famine, for religious freedoms without persecution (like in other countries do), to be able to buy their own land, without high taxes and travel all over this beautiful country.

One of the things that keeps our nation connected is our U.S. flag. It has a white star for each of the sovereign 50 states and each state has their own flag. Do you remember when you were young and had a club house or wanted a sign on your door? Girls only, or boys only? Well I do. I was in clubs, like Boys Scouts, Girls Scouts, school music or sports teams, veterans assoc., family Coat of Arms, unions or company logo etc.

The Bible even tells us, the banner over us is Love, which means we are all together under one belief. Betsy Ross was asked to make our first flag by George Washington, so from the Revolutionary War until now we have had an American flag.

We have 50 states, so our flag has changed and was designed by Bob Heft, and still used in 2020 as our banner of freedom. We are stronger when we are together and divided, we fall, let’s stay united.

Michigan has a state flag was made in 1911, blue coat of arms of Michigan on a blue field. Genesee County has its own flag so does each city in our county, what does yours look like? Well since I live in Burton I called the Mayor that was in office when our flag was made –Mayor Richard Wurtz.

Burton became a city in 1972, after annexation from the city of Flint. In 1976 Mr. Wurtz told me they had a contest to make a flag and logo for our new city, the prize was a $100 savings bond, and a school boy won the prize. We still use that flag in Burton today.

The War of 1812 was a defining moment for our American flag, at that time the flag only had 15 stripes and 15 stars, shown in the photo. Francis Scott Key was the young lawyer, which had negotiated the freedom of the American men held in the British ship below, as long as the flag stayed up they would be freed! But during the battle at Fort McHenry, the British bombarded the fort without ceasing on September 13, 1814, but the flag stayed standing. All the brave soldiers kept holding it up during the battle and the Americans won. Our flag was still there. Have you ever wanted to sing the “Star Spangled banner” by Frances Scott Key, our National anthem? I have. But always afraid I would cry, because of all the people who died to make us free.

Imagine standing in front of the crowd at a baseball game or another event. Wouldn’t that be an honor? Now we know the meaning behind the song and the flag, so let us stand tall this Independence Day!

Thank our Veterans (we are all immigrants from another country) and all of our families for their sacrifices to get us here today!