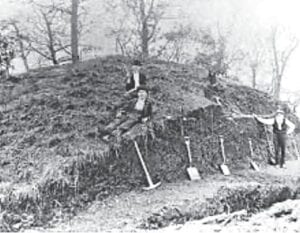 History … where do we begin? Well, anywhere you want. I went to England two years ago to trace my heritage to 1450 in Canterbury, England and found DNA records. I guess you pick any point in time, research from that point forward (is usually how I do it) or start from today and just go backwards.

As a historian, I love to walk the steps of those who have gone before us and try to imagine why they would have gone this way. For example, if we go back to 11,500 years ago, before anybody was here in America, the indigenous people came from the continent of Asia, moved through Alaska, North America (through the Bering straits) and they were called the Native Americans.

Native means first people when used like this way, first to live here. North America was melting out of the glaciers and they made their way to southern Michigan. The state of Michigan started with many Native American tribes, and full of many natural resources.

The archaeologists have proven there were probably 35,000-45,000 people living in Michigan at that time. A lot has changed in the past 12,000 years. Michigan has had many nations that has flown their flag over our state; Native Americans, French, Spanish, British, and the United States. 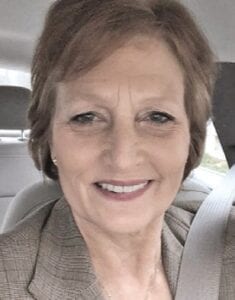 New York and Michigan settlers both used the name Genesee, which is even an Iroquoian (Native American) word meaning “beautiful valley.” There are only 11 tribes and 12 Native American reservations left in Michigan, the rest were forced to leave their land, when President Andrew Jackson passed a law in 1830. The trail of tears began after the act passed, so sad.

I have been getting a lot of communications from people trying to locate where their loved ones are buried. They sometimes wonder why they are buried in a town away from where they were born.

Doing genealogy the past 25 years, there is a lot of searching through death certificates and grave records, like www.findagrave.com this is a database all over the world, to help locate people in your family that have passed away.

I get phone calls to help people find their family that have lived in Genesee County and lately the questions I get are about native heritage cemeteries, which is important to me. There are bones in Genesee County, in mounds or Native American burial grounds, resulting from early battles fought in our county that are unmarked.

The Sauk tribe was a tribe of Native Americans that were very aggressive, and they tried to kill the other 10 tribes off but were unsuccessful. In Genesee County there are Ottawa, Ojibwa/Chippewa and Potawatomi tribes left, descendants of years ago, after the trail of tears.

I have heard there are lots of places in Genesee County where the graves are not marked around town, but the ones that are known are in the mound in Flushing (a Sauk battle) and on Stone Street in downtown Flint.

The Sauk Tribe moved to Wisconsin after the lost in Flushing, Michigan. I will do my best to help you find your family in Genesee County, the Flint Public Library has lots of resources also. Genesee County has always been a place of refuge for all people groups, being the county of so many different cultures because of General Motors.