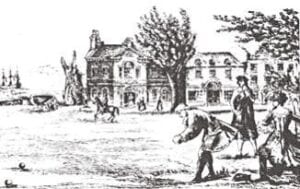 A look back at what lawn bowling looked like. Photo provided

Grand Blanc Township was the first place to be settled by act of the Legislative Council of the territory of Michigan in our area and approved March 9, 1833. This makes Grand Blanc the oldest organized township in Genesee County, before it was even a county in 1836.

The township grew more every year, especially after Edmund and Rowland Perry purchased more property the next year. The settlements were formed by people mostly coming from New York and Canada such as the Stevens and Brainard families. There were many Native Americans still living and trading with the settlers as “Grand Blanc” was the most northwestern settlement (north of Detroit). 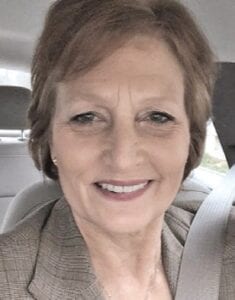 As we know this area of Grand Blanc has become prosperous, even with its small beginnings. I love to tell the story of our community and how we work together to make Genesee County a better and more family-oriented place. I found out the local restaurants and bowling alleys are back open; bowling is one of the favorite family sports among Baby Boomers.

The sport of bowling dates to the Stone Age, when man wanted to see who could throw a stone and knock down the best (3 pieces of marble). In ancient times they have even from a bowling ball buried with a youth in a tomb in 5,200 BC.

Bowling, also known as 10 pins, has evolved throughout the centuries, from one stone to a wood ball to a plastic ball today, from three stones to now with 10 pins. Bowling is the oldest games to be played that has been traced back about 9,000 years ago by Egyptians, from the earliest days to now, to currently there are different rules all over the world.

They have found evidence of Dutch settlers in 1670 and called it “Bowling Green” which was 9 pins and a wooden ball playing outside in New York by Manhattan. Then by 1819 it was written in, Washington Irving’s book “Rip Van Winkle” mentioning about the bowling activity in the United States.

The first indoor bowling alley was in New York by 1840, not in use now because in need of restoration. The oldest bowling alley in the USA still working is more than 100 years old. In America there are 67 million people who bowl every year.

My family loved to bowl; my parents would go downtown Flint on the second floor of Billy Durant’s bowling alley. Both my parents and their friends bowled into their 80s. Do you or your family like to go bowling? The bowling alleys are back open as of Feb. 1 in Michigan for some nice family time.

Grand Blanc has two places to go bowling and there are currently 11 bowling alleys in Flint and surrounding areas, now you can enjoy even during the lockdowns, but call first for the hours of operations. Enjoy and be safe in our wonderful local businesses of Genesee County.