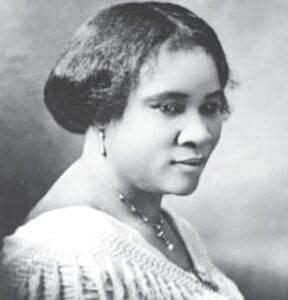 Flint is halfway between Detroit and Saginaw and we are like the gateway for travelers to pass through by rivers and roads. Inventions are wonderful and here in Flint we know that, from the “Vehicle City” from the world’s largest carriage company in the world, founded by Billy Durant and Dallas Dort.

General Motors was also founded here in 1908 by Billy Durant, he brought innovators, and entrepreneurial men and their families here from all over the country, to make the best automotive company in the world.

The Underground Railroad was a secret network of depots (or safe houses) across the northern Free states and Canada, to rescue all slaves around the Civil War time. They used railroad terminology to keep it a secret code, there were a lot of places in Flint, Michigan that were a safe house or resting place as they traveled.

Flint is a very diverse place to live, with many cultures from Native Americans, Europeans, and freed slaves of all races represented. Women’s right to vote in 1920, even one of the first meetings was in Grand Blanc, also covered all races to have the right to vote.

We need to get back to the days when we invented things here in Genesee County. Also, Blue Star Mothers started in the Durant Hotel during the WWII.

As we all settled here to live and thrive, with our Great lakes and wonderful soil, workers started with logging, farming all types of crops, then to manufacturing vehicles to the world. Michigan was a big part of the Industrial Revolution from 1790-1840.

During Black History month, I wanted to share a few facts. There are so many wonderful inventions that have been started, a few you may have heard of an ironing board. Sarah Boone was born in 1832 the daughter of freed slaves before the Civil War (through the Underground Railroad to Connecticut). She was an African- American dressmaker who invented the improved ironing board (the end was smaller) and first African-American women the first to get a patent, in 1892.

Madam C.J. Walker (Sarah Breedlove) born 1867 to her parents just freed slaves in Louisiana, which both passed away by the time she was age 7. Sarah moved to Mississippi with family and had problems with her scalp, so she worked hard and found ways to fix the problem and went on to share her products around the country teaching people how to fix it.

She was so successful she was able to open her own laboratories (and beauty school) to make her products including cosmetics. Known for her philanthropic endeavors, she also helped with the construction of the YWCA in Indianapolis in 1913.

Who could ever forget George Washington Carver, born enslaved in Missouri in 1864, then became the world’s most famous scientific engineer. He discovered 300 ways to use the peanut and was known as the “Peanut Scientist.” Through his research he went on to graduate from many colleges and received his master’s degree as a scientist (he also loved art and music), however he was most famous as a botanist. While he was teaching at Tuskegee Institute, he was also an advisor to the President Teddy Roosevelt and other world leaders on agriculture. Let’s all remember to never let others put you down, if you have a dream or invention, don’t quit!