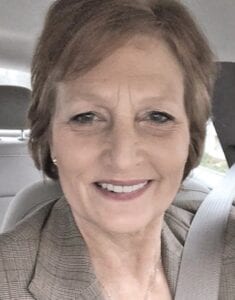 (Editor’s note: We are re-running this article from the July 1 edition to several errors in the original document. We apologize for any confusion.)

Why do we celebrate July 4th if the war had not ended? The Declaration of Independence’s final draft was adopted by the 56 delegates of the Second Continental Congress by July 4, 1776, that the 13 colonies were no longer under British rule.

Most historians believe that the document had to be signed by all, (so maybe rewritten on parchment paper) and all signed by Aug. 2, 1776 and was adopted by Congress. This agreement was just the start of our American Constitution, like the Articles of Confederation, The Bills of Rights and the Amendments. Each state is independent and sovereign.

The Constitution of the United States of America is the supreme law of our country, to govern the leaders and to protect us, “We the People”. The Declaration of Independence, the Bill of Rights and all the Amendments are our written agreements to define it.

According to the Dictionary a Constitution is: “Establishing, or setting up an ordinance, an agreement; a promise, basic principles or laws of a group.” During the Revolutionary War in 1776, the Declaration of Independence was signed but the war kept going until 1783. Our U.S. Constitution was signed by 38 delegates in 1787 but was not ratified until 1791.

After each war there was supposed to be a peace treaty, like the one in Paris after the Revolutionary War in 1783. The War of 1812-1815 (the Star-Spangled Banner was written) and the Civil War 1861-1865 had many challengers, the Emancipation Proclamation, was signed in 1863, working towards all America’s people freedoms, (equal rights for all) and not to be taken over by any government, ever again. Communication was so much different back then, telling the world the war had ended was harder.

The Cold War, Korean War and then Vietnam War where America was about trying to stop Communism and achieve a democracy. Some wars didn’t even show the end date, because it was really a stalemate and no one won. America has always been there to help others in need for peace.

People came to seek a new country between 1492-1690 from Europe for exploration of new open land, freedom from tyranny and freedom not to bow down to the government, but to their God (which is freedom of religion). Being able to take care of their families, own land, without having to be taxed so much to pay to the ruler of the day. The first European American colony was in 1607 in Jamestown (King James approved it) to start a new place, away from the rest of the world. But there were many different people groups that lived here long before the ice age separated the land.

Michigan has been a state since 1837, but it wasn’t so easy to get there with having to give up the trade on the Toledo Strip, from Lake Erie to the Atlantic Ocean instead got the beautiful Upper Peninsula. In 1805 Michigan became its own Territory but by the time of the War of 1812 the British was trying to take it over again. There were many agreements made and many changes since the first written Michigan constitution of our state guidelines.

All the cities in Genesee County started out with a written agreement from a territory, settlement, village to a city. We all have a governing body to help the people be safe and establish rules to live by. The City of Burton will be 50 years old, July 1, 2022; we were Burton Township 1855-1972. As the territories were handed out in our country, settlers bought land (or given land for their service in a war like the War of 1812), before we became a state.

The Atherton family came to America from England to Massachusetts, to New York, then to Michigan, where Burton is now, the Atherton Settlement founded in 1835. The three Atherton brothers and a nephew, Pliny Skinner, worked together and by the fall that year 30 families lived on the settlement on Thread River. As we celebrate our Independence this summer remember all the sacrifices it took us to get here.