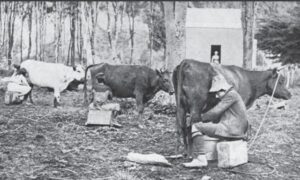 In Genesee County there are many old stories to tell about its founding families. I hope you would at least know your own family stories to tell, they are the best memories.

When America was being settled as a country, most families had a farm to keep for their family. Having land was first, a home, and a barn for the one horse, one cow and some chickens.

In the 1600s, immigrants started bringing different breeds of cattle to America from Europe. They figured out how to mix the five breeds to get more milk production, since the population was growing, by the late 1800s.

According to www.USDA.gov it was about the 1880s when the dairy industry started in America. The Mehring milking machine in 1890 changed the way milk was sold, since you could get more out in less time; as one farmer could only milk 12 cows a day.

Milk was supposed to help kids grow strong bodies, especially if they were poor, but there had to be a way to test it and keep it safe from germs. Refrigeration was a big part of that process; they used windmills and water at first before, electricity or refrigeration was invented. 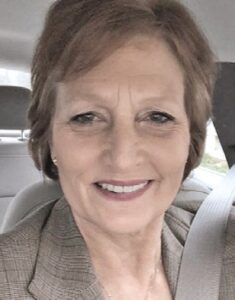 American families of the 1930-1950s lived such a different life compared to now; after World War I and the Depression, so many things were invented to make our lives easier. By the 1930s they had found a way to test for diseases, like tuberculosis and others, so in New Jersey they even had the first advertisement page for “safe milk for children.” The dairy industry boomed after that.

Coming from Europe, the settlers wanted freedoms for their kids and were trying to find the same lifestyle they had before, which wasn’t going to happen, though many of them did not realize it yet.

The family worked together as a team to build a good life for the kids and education started after the family home was all set up. As our community grew, so did the opportunities to make our country a good place to live.

Small businesses with general stores, and other products especially food and dairy farms started up. Genesee County was a large farming community, with many lumber mills, flour mills and stores with milk and cheese produced from the local farmers.

There are still 12 working dairy farms in Genesee County. Can you think of one? Atherton Dairy Farm was established in 1838 and still is operating in Gaines. Another is the Freeman Dairy that was started about 1914 by Leonard Freeman and moved to Burton in 1982. It was then sold to London Farm Dairy of Port Huron.

Do you remember the milkman coming to your house? We had a Sealtest Dairy milkman, who put our dairy in products, from milk to eggs all in a silver box on our front porch in Burton Township, weekly. Sealtest started distributing by 1945. Did you have a milkman?