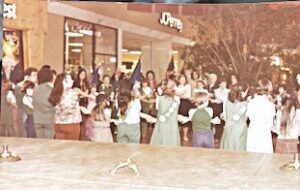 Last week I was talking about grocery stores and box stores we all used to go to, so I thought this week I would talk about the shopping malls.

The funny stories about the Eastland Mall it was the first mall in Burton Township, it was finished in 1968 and the Genesee Valley Mall was opened in 1970 (after the City of Flint lost the election to annex the GV land).

In 1972 City of Flint, tried to annex the Eastland Mall for tax revenues, like they did the Dort Mall and the South Flint Plaza by 1955 – but this time it didn’t work. Burton became a city that year by driving to Lansing before the Flint City Council meeting and putting a stop to it by filing the paperwork for incorporation as a city.

I remember as a teenager in the 70s hanging out at the Eastland Mall with 52 stores and a nice food court. It was the best place to hang out with friends.

The land where the mall is, was farmland owned by Mary Stephens and Edith Crawford, they had 80 acres in 1907. There were always events there like a fashion show, craft sale or even Girl Scout events (see photo). 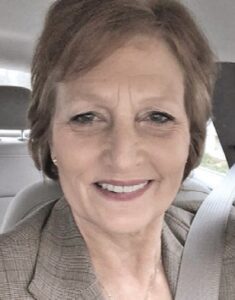 My mom was a Girl Scout leader for more than 35 years in Burton and loved to do things at the mall. Life sure has had a dramatic change at the malls; no cell phones or even the Internet and all us baby boomers remember it well, people watching and meeting friends. In 1987 the newly formed City of Burton wanted to rename the mall, so they had a contest and renamed it Courtland Center Mall.

I was asked to do the TV12 commercial for Easter sharing the new name, it was great fun and my youngest daughter Crystal, 18 months, was in it with me for the celebration.

There are always anchor stores in the mall. Do you remember which one was there? The Fair was one.

Dort Mall was the first indoor mall in Flint in 1963. Yankees Department store was there, and A&P was too at one time, the named changed to the Small Mall in the 1970s.

My husband even had the first suntanning salon in Michigan there, called “The Beach” in 1978. Star Brothers Coney Island has always been a staple, they have been there through all the changes even when Perani’s Hockey family owning it and Sears Surplus was there.

Drive-in theaters started in NJ in 1933 and called Park-in Theater Inc. by Hollingshead family they called it drive-ins in by the 1946, and Flint had one.

Did you know that William Rice and William Oleksyn were the builders of Flint’s Dort drive in? Dort Drive-in, opening in 1946, then moved down the street by 1963.

Mr. Oleksyn was a real-estate pioneer and built the Dort Mall in its place for the community and still standing for all these years with the auto industry rise and fall. With all the U.S. mail slowdowns let’s go back to the stores.

Retail time is upon us enjoy the decorations with the holidays around the corner, so go for a stroll through the mall, they even have WI-FI now.