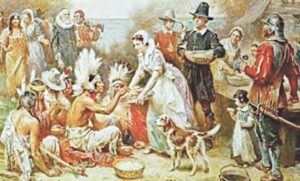 Thanksgiving began 400 years ago with the American colonists as a way to come together with the Native American tribe of Wampanoag, during the harvest time to give thanks to God.

Coming together as a community to share with different cultures in a new land with new friends, was not easy, but they made it a three-day event to share the harvest of their labor.

Being on the coast of the Atlantic Ocean, they ate many different foods than what we eat today.

During the holidays it’s a time of year for appreciating others and more kind. Shelters and people in need seem to get more help, because we are thinking of others – so bake a pie or share a meal.

There were 50 Pilgrims and 90 Wampanoag people there on the first Thanksgiving. The European colonists only knew what they had been taught back home about living off the land, and the Indigenous Americans only knew what their ancestors had taught them.

Yes, it was a long, hard road with many mistakes made along the way, but America has come to have freedoms since the end of the Revolutionary War, 1775-1783. 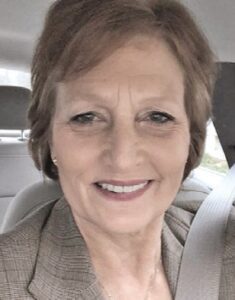 George Washington was president in 1789 when he called for an “Official day of public Thanksgiving and prayer” and the United States Congress agreed.

More Civil liberties came after the Civil War in 1865, but we are still working on it even today. President Abraham Lincoln made this an annual tradition on Nov. 26, 1863 during the Civil War, and 16 other countries celebrate Thanksgiving yearly.

America is a great nation, so let’s remember what it took for us to get this far and be thankful this year.

What are your family’s Thanksgiving Day traditions? Some single people get together as their own community and make a family so they can give thanks for their friends. This has become something known as Friendsgiving.

What is your favorite Thanksgiving memory? We would always go around the table and ask what we were most thankful for and it was fun to see the answers as the kids grew up and changed.

Many families like to share in the cooking by having a potluck or a dish to pass which always makes it fun to try other family dishes. America is full of different backgrounds. I love to meet new people and see what their holiday traditions are.