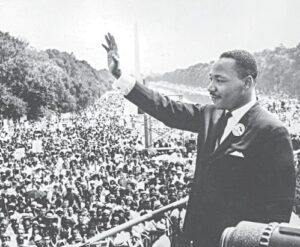 Who was Rev. Dr. Martin Luther King, Jr. during the 1950-60s? He was a wonderful peacekeeper who helped Blacks have the same rights under the U.S. Constitution we all have. It took 100 years after the Civil War to put the truth into practice of what President Lincoln started.

King is an American hero, a legend for civil rights. He did wonderful things for our country on equal basic rights, equality for jobs and education, voting for all people and economic reform. By 1965, at 35 years old, won the Nobel Peace prize “for his non-violent struggle for civil rights for the Afro-American population.” He was the youngest ever to win a Nobel prize.

Born in Atlanta, Georgia on Jan. 15, 1929, Martin was ordained as a minister at 18, following the path of his father and grandfather.

He learned about peaceful protest when he studied under Gandhi from India while in college. King practiced being kind to people even when they did wrong, because he believed violent acts do not change violent people, prayer does. The King family was very adamant about being kind like Jesus would be. 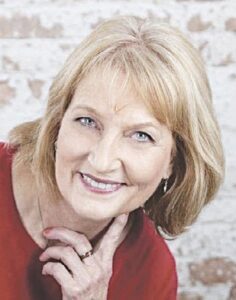 In 1963, King gave his “I Have a Dream” speech, one of the most iconic speeches given on the steps of the Lincoln Memorial, for all Americans to believe in civil rights for all people.

In Alabama there was a lot of unrest even after the Civil War, and the state would not let people of different races do things together or even eat together.

Segregation was bad in the southern states and in the 1950s that was about to change. In Montgomery, AL, Rosa Parks was told to move to the back seat of a bus because that’s where they wanted Black people to sit, and she refused.

Ms. Parks was a Black woman who had enough, and this started a 380- day public bus boycott for all Black people called the “Montgomery Boycott.” This showed the city they would not pay for a bus ride if they had to sit in the back.

It worked, because the courts said it was unconstitutional and Martin Luther King, Jr. led the peaceful protests to stand up for their rights.

This was the beginning of taking steps to help all other ethnic groups, so they were not mistreated. We thank King for all he did. Even though he was arrested 29 times in his short life for standing up for what was right with a peaceful protest, he never took part in any violence.

According to the last census, there are about 955 Martin Luther King, Jr. streets in the United States. By 1983, MLK day was signed into federal law by President Ronald Reagan, but the first time it was celebrated was 1986.

Some states tried to call it “Civil Rights Day’, but by 2000 “Martin Luther King Jr Day” was celebrated throughout the whole nation, the third Monday in January.