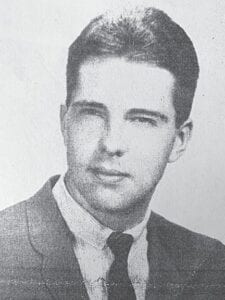 For those of us who knew Dave, we lost a friend, mentor, and quiet but natural leader. While studying at the University of Michigan, there were times when I would be stumped on a calculus problem and Dave would come by and walk me through the solution. We played intramural football and were together as cadets in Air Force ROTC.

With a war raging in Viet Nam, both of us were destined for Air Force pilot training. Beyond that was a big unknown. I asked Dave, who we always referred to as “Ozzie”, what kind of airplane he wanted to fly. He said, “I definitely want to fly a fighter, then I’d like to become a test pilot.” Because he was so sharp technically and already focused on his future, my thought was that he was going to be exceptional at whatever he set out to do.

In May 1970 Dave graduated from Air Force Pilot training at Randolph AFB, TX and pinned on silver wings. He was named an outstanding graduate and placed high enough that he could fly a fighter for his first assignment. He selected the F-105 Thunderchief and was assigned to McConnel AFB in Kansas. On July 15, 1970 Dave married Jeanne Morrow in San Antonio. 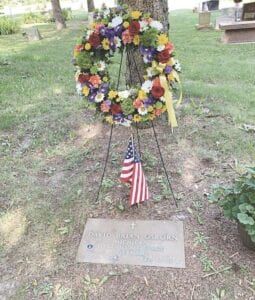 They had their entire lives in ahead of them. While in Kansas, the Air Force decided to withdraw the F-105 from Viet Nam, and Dave’s orders were changed to a training assignment in the F-4 Phantom at Davis-Monthan AFB, AZ. Regarding the F-105, I remember him telling me, “Well, I did get to fly the airplane!”

On the day of the accident, Dave was in the front seat flying a training sortie in the F-4C. In his back seat was a highly experienced instructor, Lt. Col Richard Guidroz. Lt. Col Guidroz was a West Point graduate, veteran of both the Korean and Viet Nam conflicts, and Commander of the 4456th Combat Crew Training Wing. Their airplane crashed in a fireball 120 miles east of Tucson, near Willcox, AZ. Although the cause of the accident was important to the Air Force, the significance of the loss of a bright star and a combat veteran is immeasurable. Over the course of my 24-year career in the Air Force, I lost 13 friends in non-combat military aircraft accidents. To paraphrase Howard William Osterkamp, “We all gave some, and some gave all”.

Dave is respectfully buried in Pine Grove Cemetery south of Davison. His wife Jeanne returned to San Antonio and on June 17, 1972 married Victor Hooper. Victor was also an Air Force pilot. He flew the C-5 at Kelly AFB in San Antonio, and Travis AFB in California. While Victor and Jeanne enjoyed a full life together, Dave’s life, dreams, and future accomplishments were cut short. In all of our minds, he remains forever young, forever sharp, and forever dedicated to serving his country. In many respects, Dave gave me the inspiration for my own career in the Air Force, for which I am forever grateful. I will never forget him.

Terry Lutz is a retired USAF Lt. Colonel who flew fighters and was a military and civilian test pilot.