Repairs to Flushing Road have begun 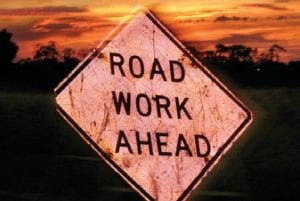 FLINT TWP. — Road repairs scheduled to begin August 3 on Flushing Road, between Warner and Mill Roads, will not be completed until next summer but the road should completely reopen to traffic by October 30, according to a construction progress report from the Michigan Department of Transportation.

The Genesee County Road Commission is doing the reconstructing work. Traffic will be maintained via lane shifts.

Similar work will continue from September 13 through October 19.

Stage 3 is slated to take place between October 20 and 29 and will include placement of permanent signage and pavement markings, guardrails and structures and clean up.

Remaining work, that may include corrective sloping, will be suspended until April 2016 and the project is expected to be completed by the end of June.

Motorists in the area are advised to allow themselves additional time to reach their destination.