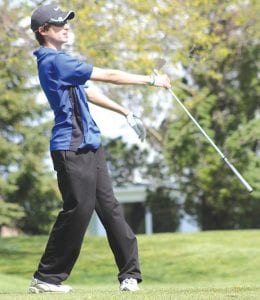 EAST LANSING — In addition to authorizing a vote of its membership to allow for waiver of its maximum age rule under certain circumstances, the Representative Council of the Michigan High School Athletic Association also approved a variety of regulations and sports activities policies during its annual Spring Meeting, May 6-7, in Gaylord.

The Spring meeting of the 19-member legislative body of the Association’s over 1,500 member schools is generally the busiest of its three sessions each year. The Council considered 33 committee proposals and also dealt with a variety of eligibility rule, post-season tournament and operational issues.

A couple of the most visible changes will take place in ice hockey beginning with the 2012-13 school year, which will see longer games in the MHSAA post-season tournament and the addition of a regular-season contest.

Tournament games will now have 17 minute periods, something which had been allowed by local adoption for regular season games previously. The regular season game limit was also raised, as the Representative Council approved a Hockey Committee recommendation to reduce the number of scrimmages to one in exchange for the addition of a 25th contest.

Here is a summary of other actions taken at the Spring Representative Council Meeting which take effect during the 2012-13 school year:

• By prior mutual consent of competing teams, schools may agree to vary the color of game uniforms to commemorate events or causes important to those schools, provided all other uniform specifications are followed. The wearing of pink and camouflage uniforms, for example, to show support for breast cancer awareness or members of our armed forces wounded in action, among others, have become popular; weapon of sorts, causing many serious knee injuries, amongst other things.

“At the youth level, I have never seen (a concussion) in my kids that I coach,” continued Harris. “There has been a kid or two that I was not coaching at the time. I knew that they had concussions because I knew the parents.”

While the Heads Up approach may reduce the number of concussed players, there are other factors to be considered, including staying hydrated, as well as being properly fitted with a protective mouth guard. For those who would like a little extra protection, there are many helmets on the market that are specifically designed to reduce the likelihood of a concussion, with many of them being referred to as the “revolution” helmets.

“That’s a big part of it at the youth level,” added Harris. “Seven, eight and nine-year-olds, that’s what I teach. I’ve talked to a lot of doctors, and as long as their heads are up, you know you’ll have your minor injuries with ankles and some stuff, but it’s really hard for kids to injure their neck if they have their heads up, and that’s what a lot of doctors have told me.”