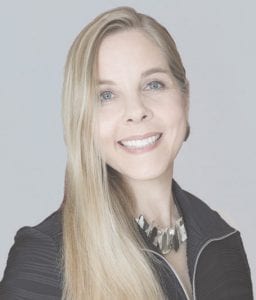 It isn’t often that we have the opportunity to make a big difference without spending additional money. The May 5 election is one such opportunity, and it is happening now by absentee voting—ballots are in the mail. The only item on this ballot is a request by Bentley Community Schools to pass a millage that will provide $2.2 million for infrastructure work with zero tax increase.

Stated differently, this is a no mill increase from the current debt levy and will result in no tax increase.

This decision was not made lightly. The legwork began 18 months ago as the Board of Education and community members sought to understand the district’s needs. While it is true that a millage passed in 2014 and that many projects were successfully accomplished because of that bond, there were issues that still needed to be addressed. Further, the rest of the district has continued to age.

Bentley Middle School would have the following items replaced: sections of new roof, security alarm system, the water heater and temperature controls, and the exterior access ramp. Additionally, technology upgrades and improvements to the stage area would be made.

Clearly, there is much that needs to be done. We budgeted for and have taken on projects before coming to you, the voters. Specifically, we are replacing the Barhitte roof due to the age and deterioration of the current roof, installing sub-metering in the kitchens of each school, upgrading building automation systems, abating asbestos at the middle school cafeteria and replacing the flooring, and replacing current lighting with energy-efficient lights.

Although our students are ending this school year from their homes, they will be back. When they do return, they absolutely need to have facilities that are safe and comfortable—our ability to provide that is in your hands! It will be years before we could ask for another no mill increase, and our needs are real right now. Please vote.

Editor’s note: While Superintendent Spann is referring to the Bentley proposal in this column as the only thing on the May 5 ballot, there are other proposals in other parts of Genesee County to be decided in that special election – including a bond proposal in Grand Blanc schools.