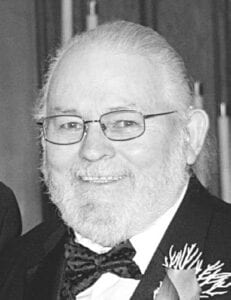 RICHARD D. KEENEY, SR., 78 from Flint, MI passed away peacefully surrounded by family on June 3, 202, after coming home with the help of McLaren Hospice Team. Richard was born on October 14, 1942, in Standish, MI to Clare and Gertrude (Daniels) Keeney, the middle child of nine siblings. He was a proud military Vietnam veteran and sharpshooter. He served two tours in the Army Infantry as a Paratrooper making 365 jumps. Richard fought on the front lines from 1960-66. where he met his first wife, with whom he had two children. Richard went on to work as a car hauler and loading railroad cars for Complete Auto Transit for 29 years as a member of the Teamsters Local 332. He married the love of his life Lorielynn Ponder on July 28, 1979, at Kearsley Park in Flint. They raised their five children together in Burton, MI. Richard loved to ride his motorcycle and was a Road Captain for the Flint H.O.G. and belonged to the American Independent Motorcycle (AIM) riding group. He loved to go out dancing and was on bowling leagues with friends. He taught all of his kids how to drive, and you weren’t allowed to start the car until you could change a tire. Richard loved to go deer hunting with his brothers and carry his gun with his C.C.W. permit. He was a lifetime member of Burton VFW 2777, Disabled American Veterans, and a member of the American Legion. He enjoyed going to his cabin in St. Helen, MI where he spent most of his retired years living with dementia.