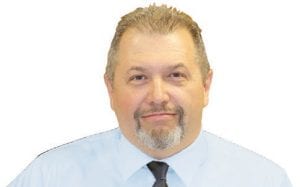 An Oregon woman’s decision to end her own life after being diag nosed with an incurable form of brain cancer has brought back the rightto die debate, only this time the movement has a new face and voice.

I worked for a suburban-Detroit daily newspapers back in the 1990s when the late Dr. Jack Kevorkian first started his campaign to bring about change to the whole notion of the right-todie. Kevorkian, who helped many patients die and flaunted his handiwork in the faces of police and politicians, wanted to make it so people could chose to end their lives with the help of a physician, rather than face a long, often painful road as they suffered and died slowly from a terminal illness.

Kevorkian may have wanted to draw attention to assisted suicide (which is what it was called before it was relabeled as right-to-die) but he chose to do it in the face of law enforcement, turning it into a mockery which eventually led to his receiving prison time for second-degree murder.

This past weekend, however, a new face was given to the movement when Brittany Maynard, 29, of Oregon died “with dignity” with the assistance of a physician. Maynard had posted her plans to end her own life online after she was diagnosed with terminal, inoperable brain cancer and decided chemotherapy and radiation treatments to prolong her life would only make the time she had left miserable.

You see, in Oregon you have the rightto die with the assistance of a doctor if you are dying from an incurable disease, like cancer, which could also lead to a serious decline in the quality of life. Maynard had moved from California to Oregon back in June with her husband, mother and stepfather so she could live out her final days there and then make the decision to die with dignity when she decided her quality of life was failing.

Only five states have right-to-die laws in the U.S. — Oregon, Washington, Vermont, New Mexico and Montana. As when Kevorkian led the charge, assisted suicide has its supporters and its opponents.

There are those who feel family members and even doctors may push a patient into agreeing to “die with dignity” as an option because it can prove costly to family to keep someone alive longer, and for doctors working with patients with little or no health care.

Other arguments against it include the fact once the pills are prescribed anyone can administer them, making it possible for a patient who changes his or her mind to be forced to take them by a doctor or family member. There is also the fact it is impossible to predict how quickly a patient’s “quality of life” will deteriorate.

There are also many arguments in favor of the right-to-die. Mainly, people want to be able to make the choice of how and when they will die. They want to have the right to end their life when they no longer have the sort of quality of life they desire. And they want to be able to make the decision when they are of their right mind, not in a coma or debilitated to the point they cannot express how they feel.

While Brittany Maynard’s death was sad, her life was filled with happiness and she was able to die on her own terms. If nothing else, she has raised the issue again and brought it forward for another generation to consider. ggould@mihomepaper.com