RIP Phyllis George, sports world knuckleheads and the end of The Last Dance 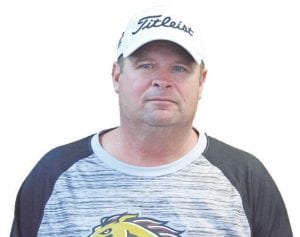 The passing of Phyllis George, the former Miss America and groundbreaking sportscaster, was sad news this week. George died of a blood disorder at the age of 70. It seems like the sports world has taken me back to my childhood lately. Phyllis George in 1975 became the first female sportscaster hired by a major television network to cover the National Football League. That year, “The NFL Today” aired with Brent Musburger, Irv Cross, Jimmy “The Greek” Snyder and Phyllis George. I watched that show every single Sunday morning before the games kicked off. What Phyllis George did for female journalists in the sports world cannot be overstated. George opened up doors for women to venture into sports broadcasting which had been (very) predominately male-dominated. Numerous women are doing sports broadcasting today, both on-screen and behind the scenes, thanks to the path paved by George. RIP Phyllis George.

The last two episodes of The Last Dance featuring the Chicago Bulls and Michael Jordan aired on Sunday night. I thought it was a good piece and showed what Jordan was all about mentally on the basketball court. It was about winning basketball games and pushing the team to championships. The Michael Jordan ‘flu game’ in 1997 against the Jazz when he made the game winning shot has been cleared up. It was not the flu but food poisoning from a pizza delivered by five guys to Jordan’s hotel room. I am glad that is cleared up aren’t you? The dynasty of the Bulls winning three straight NBA titles twice will never be matched again in the NBA. I hated Jordan in his heyday, but I appreciate him and his talent now. If you have not seen the 10-part docuseries, I am sure it will be replayed a bunch of times on ESPN.

Dunbar of the NFL. Baker, the Georgia Bulldogs cornerback picked by the New York Giants in the first round of the 2019 draft, is charged with four counts each of aggravated assault with a firearm and armed robbery.

Dunbar played five years with the Washington Redskins at cornerback and was traded to Seattle this off season. Dunbar is being charged with four counts of armed robbery. The story goes these two were at a house party cookout and an argument broke out — and it was not because the burgers and hot dogs were not grilled to their liking. The two players supposedly stole money and valuable watches. The case will go to court to find out if the two are guilty or innocent. I don’t understand how or why these two players would involve themselves in a situation that could possibly end their careers!

Speaking of knuckleheads, how about Blake Snell pitcher for the Tampa Bay Rays raising eyebrows by saying he will not play at reduced salary. Snell states that the risk of contracting the coronavirus is just not worth taking a pay cut for. Well why would Mr. Snell want to take a pay cut from the $7 million he was to make in 2020? If I was Tampa Bay I’d tell him we don’t need you in 2020 and pay him nothing. What a crock that Bryce Harper backs him too? I would tell him the same thing — if no pay cut then Bryce can sit out and collect nothing! Good Grief, what fools I say.