FLINT TWP. — As summer months wind down, many road repair projects are completed or in progress. Last week, crews were out on Graham Road completing repaving work between Corunna Road and Beveridge Road. Ditching work was done earlier. All of Graham Road was done north and south of Corunna Road.

Township Supervisor Karyn Miller announced at a recent board meeting that the Genesee County Road Commission also is looking at a project at Fenton and Hemphill Roads.

A public hearing was held on August 18 at the Burton Senior Activity Center to present details and answer questions about the proposed 2016 Fenton Road & Hemphill Road Intersection Project.

The road commission in conjunction with the Michigan Department of Transportation wants to upgrade the traffic signal and resurface and re-stripe the intersection from a four-lane configuration to a three-lane layout.

Miller also noted lanes changes to recently reopened Dutcher Road. After road crews fixed drainage issues and repaved the road, it was changed from two lanes to one lane in each direction with a center turning lane and the addition of a shoulder lane for bikes and non-motorized vehicles. 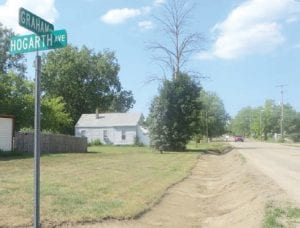