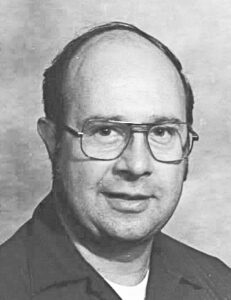 ROBERT “BOB” SEITTERS, a resident of Brighton, passed from this life on September 21, 2021, at the age of 87. He was the son of Robert P. Seitters and Madeleine (White) Seitters.

Bob was the beloved husband of Susanne for over 65 years. He was a proud father of three boys, John (Jan), Tom (Julie), and Robert (Anne-Marie). Bob was the cherished grandfather of Geoff, Ashley, Jared, Luke, Jake and Sydney, and great-grandfather of four. He is also survived by his two sisters, Joan Gendron and Marlene McClelland.

Bob was born in Dayton, OH and grew up in Davison, MI. Bob and Sue met and married while enlisted in the Navy and stationed in Hutchinson, KS. During his time in the Navy, Bob served as an Avionics Technician and supported numerous sorties throughout the Pacific Ocean Region theater during the Korean War. He often spoke fondly of his time stationed in Hawaii.

After getting married, Bob and Sue settled in Davison, MI where they lived out the majority of their married life together before relocating to Brighton 4 years ago.

Bob was a graduate of Davison High School and upon returning from the Navy became an active contributor to his community first as the manager of the local A&P, then as the owner of Bob’s IGA and finally as a head custodian/ facilities manager in the local school system. He served a term as the Commander of the Davison American Legion Post 267. He attended St. Andrews Presbyterian Church and Judson Baptist Church for his spiritual congregation and communion. His hobbies were golfing, fishing, watching Michigan football and desserts.

Robert’s final resting place will be in Great Lakes National Cemetery in Holly. A “Celebration of Life” was held at Whiteys restaurant in Davison, MI.