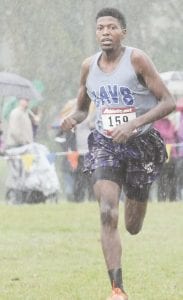 The Cavaliers faced Midland on Monday in the Saginaw Valley League tournament.

On Friday, Carman-Ainsworth was handed a 2-1 loss against Lake Orion. The score was tied 1-1 at halftime before Lake Orion took the win in the second half. Individual stats were not reported for either game. 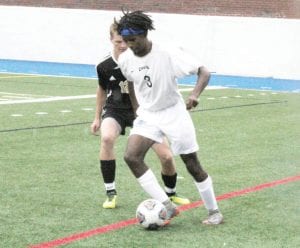 Carman-Ainsworth’s Tommy Taylor makes his way past a Corunna defender during a game on Aug. 17. Photo by Brandon Pope

Other winners 7 p.m. at Flushing