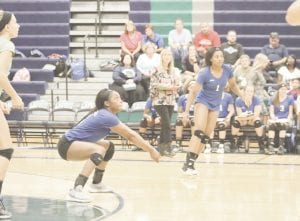 Carman-Ainsworth’s Diamond Lester gets low to keep the point alive against Lapeer on Sept. 11. Photo by Kylee Richardson

The Lady Cavaliers went 0-3-1 at the Perry Tournament on Sunday. 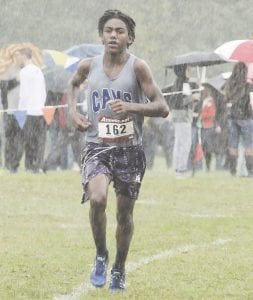 “I’m proud of the girls for putting together a five-match winning streak,” said Carman- Ainsworth coach Barb Hurand. “We talk all the time about never giving up and having a strong second half of the season. They’re excited about winning and playing pretty good volleyball. It’s nice to see them working well together as a team.”