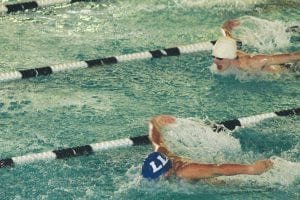 Carman-Ainsworth stormed back from a 10-point first-quarter deficit to beat Flint Southwestern Academy 68-52 in a Saginaw Valley League-South game Tuesday night at home. The Cavaliers got back in the game with a 21-13 second quarter to trail just 29-27 at halftime, then took a 46-39 lead with a 19-10 third quarter and pulled away with a 22-13 fourth.

Cross-county rivals collided last Friday as Carman-Ainsworth lost an SVL-South game at Flint Northwestern 74-59. One factor working against the Cavs was the 20 points scored by Daryl Jones, an issue only exacerbated by the 14 and 13 points scored, respectively, by Rashad Johnson and Deonte Hopkins.

For Carman-Ainsworth, Bradley posted a team-high 14 points and adding 11 points each were Lewis and Pearson. 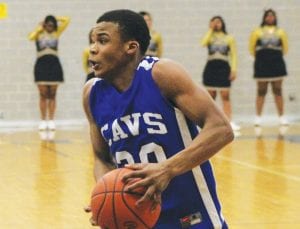 The Cavaliers have a conference game at Powers today. – D.N./M.S.

Carman-Ainsworth posted its two highest scores of the season in consecutive games, whipping Flint Northwestern 74-37 last Friday and topping that with an 84-62 win over Flint Southwestern Academy on Tuesday.

At Southwestern, the Lady Cavs poured in 31 points in the second quarter for a 46-29 halftime lead. Sydney McDonald had 26 points, nine rebounds and five assists, Chelsey Carpenter poured in 21 points and grabbed 11 rebounds, and Harman Williams had 16 points and seven boards. Shakara Johnson collared seven rebounds.

Last Friday, the Cavs jumped out to a 20-4 lead after one quarter and cruised past Northwestern. Carman-Ainsworth outscored its opponent in every quarter. The Cavs led 36-14 at the break and 54-27 heading to the fourth.

Carman-Ainsworth was dominant on the offensive glass, collecting 38 offensive rebounds, 27 of those in the opening half.

McDonald had 27 points and 13 rebounds. Cha’Quia Jones and Carpenter tossed in 10 points each.

The Carman-Ainsworth swim team dropped both its matches at a three-team meet with Lapeer and Powers Tuesday. The Cavaliers lost to Powers 115-54 and dropped an 85-81 decision to the Lightning.

The Carman-Ainsworth swim team swam to a 78-78 tie with Lapeer in a SVL meet Friday.