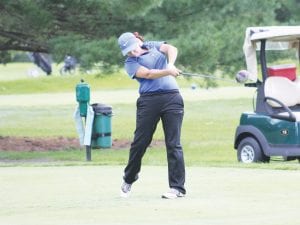 Carman-Ainsworth will play at Davison on Sept. 14. – D.N.

Ray Macko made six saves at Clio on Tuesday, but it wasn’t enough to keep the Cavaliers from falling 2-0. Making four saves for the Mustangs was Brendan Beasinger.

“It was a tough physical game on both sides. Our effort was there,” said Carman-Ainsworth coach Jay Witham. “We gave up a fluke first goal when our goalie tried to clear it and hit right off of Chase Beecher from Clio. The second goal, Jacob Carriveau did a great job getting around our defense to score. We need to bring energy for 80 minutes.

Right now we just show glimpses of it.”

In a Saginaw Valley League contest on Monday, Carman-Ainsworth blasted Saginaw Nouvel 7-1. Marshalling this offensive parade for the Cavs was Quinton Pincomb with a hat trick and an assist, Isacc Young, Yazeed Abdelhay and Derrald Bogan had a goal and an assist each and Ryan Farrar scored once, Spencer Fiweg and Ali Hachem also had an assist apiece and Macko added three saves.

In a non-conference contest on Aug. 26, the Cavaliers tied Genesee County rival Kearsley 1-1. Connecting for Carman-Ainsworth was Abdelhay at the 36th minute of the first half and making six saves was Macko. For the Hornets, Stevie Lane scored on a penalty kick with three minutes left in regulation. The Cavs, 2-4-1 overall, 0-0 Saginaw Valley League, are at Flushing on Sept. 8. — M.S.