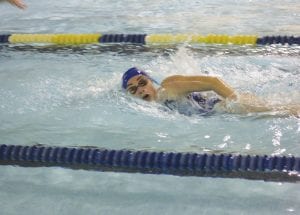 The Cavaliers let the first game get away from them against the Hornets. Carman-Ainsworth held 14-8 and 24-18 leads.

But the Cavaliers came back to win the second game with ease. Carman- Ainsworth was seeded seventh in the Silver division.

“Kearsley really took it to us to steal that game,” coach Barb Hurand said. “I was really pleased with our response to that loss in game two,”

Carman-Ainsworth closed its day with a 25-21, 25-23 loss to Dexter in the Silver quarterfinals. Sarah Thurston had 32 assists, 18 digs and seven aces. Katie Speaks added 34 digs.

“Our play against a tough Dexter team really showed just how much we are improving,” Hurand said. “We will continue to work hard to prepare for districts.”

DISTRICTS AT FLUSHING: The Cavaliers will battle Swartz Creek in the opening round of the District 9-A tournament at Flushing Monday. The winner of that match will face Owosso in one semifinal Wednesday at 7 p.m.

The other semifinal pits host Flushing against St. Johns at 5 p.m. The semifinal winners will play for the title Thursday at 7 p.m. — K.W.