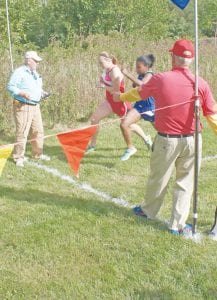 The Cavaliers were at Flint Powers on Aug. 31 but fielded just two golfers. Sloan Barclay carded a 66 and T’Onia Madison a 71. – L.P.

Pink out support for Flint Rogues

FLINT – The Flint Rogues Rugby team is asking for the community support during October for its Cancer Awareness campaign. Players will wear pink rugby socks for all matches during the month of October and will donate a set amount of money for each try (touchdown) scored. The five matches are, Detroit RFC (A), Michigan (H), Detroit Tradesman (A), Toledo Celtics(H) and Kalamazoo Dogs (A). Fans are encouraged to Pink-Out during all home games. Games are played at Robert T Longway Park, Flint. Home dates are Oct 1, 8, 15, 22, 29 with a 1p.m. kick-off. Cost is free. —L.P.