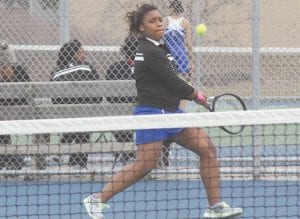 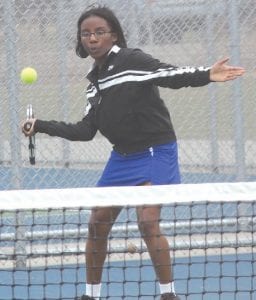 Carman-Ainsworth’s J’lynn Corder waits for just the right moment to return a forehand against Lapeer West.

Next up for the Cavs is a tri-meet at home on Tuesday against Flushing and Saginaw Arthur Hill. — B.P.