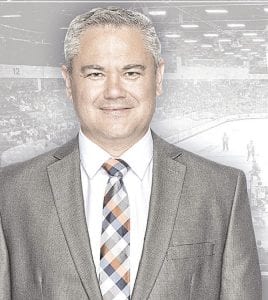 FLINT – The Flint Firebirds have hired former Olympian Ryan Kuwabara to join the team as an associate coach. The 47-year-old enters the organization following two seasons as an assistant with the rival Saginaw Spirit.

Kuwabara was once a second-round pick, 39th overall, by the Montreal Canadiens in the 1990 NHL Draft, after which he inked a three-year deal with the Habs. In his junior hockey days, he was selected eighth overall in the first round of the OHL Draft by the Ottawa 67’s. In one season, he collected 43 goals and 57 assists in just 66 games.

He was also a member of the Japanese national team in the 1998 Winter Olympics.

“We are excited to announce the addition of Ryan to the Flint Firebirds’ coaching staff,” said Flint Firebirds Vice President of Hockey Operations and General Manager Barclay Branch. “Ryan has an extensive background in the game of hockey, both as a player and a coach and he will play a significant role in helping to develop our players both on and off the ice.”