Salon to move to Miller Road 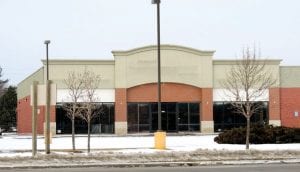 When renovations are completed, this long-vacant building is slated to become the new home of Summerset Salon & Day Spa.

FLINT TWP. — Observant passersby are asking about construction activity going on inside a Miller Road big box building that’s been sitting vacant for most of the year since 2011 when the Lapeer Furniture & Mattress Center moved across the street to the old Peerless furniture store. Halloween City has been temporarily leasing the space for a few months each year.

Township building officials said that Summerset Salon & Day Spa will be the new occupant of the nearly 22,000 square-foot building at 3426 Miller Road.

Summerset is an established business operating more than 20 years and currently located since January 2005 in the Buick City Center shopping plaza at 3620 Miller Road but facing Lennon Road. It was in business at least ten years before that as Somerset Salon & Spa in the Somerset Centre, 4290 Miller Road.

Summerset’s current owner did not respond to a request for more information about renovation plans at the new location or a target move-in date.

Since its beginnings in 1998 as a Pep Boys automotive parts store, the building already has undergone extensive renovations. The second tenant, a Doogie’s Dollar SuperCenter, which opened in 2002, removed the service bays. Renovations done in 2006 when Lapeer Furniture & Mattress moved in gave the building its current upscale facade.