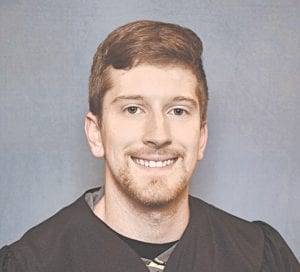 With Memorial Day approaching on May 27, I wish to dedicate this week’s column to members of our nation’s military, along with veterans from every branch of the United States Armed Forces.

Words alone cannot describe my gratitude for the daily efforts undertaken by U.S. service members to keep our country safe and secure. What’s more, I feel indebted to the multitudes of veterans who have put their lives on the line to keep us free from tyranny and terror.

Memorial Day is a time for us to gather and recognize those sacrifices that service members have made, and to thank our men and women who have served. It is also a poignant moment to honor the memories of those who didn’t come home from their tours of duty.

Sometimes it’s hard to comprehend the true cost of war, until you examine the number of casualties our nation has suffered in conflicts past and present. In World War II alone, we lost over 400,000 troops. In Vietnam, 58,282 Americans died or were listed as a POW or MIA. Most recently, the conflicts in Iraq and Afghanistan combined have claimed the lives of over 6,700 service members.

But not all casualties happen on the battlefield. According to the United States Department of Veteran Affairs, an average of 20 veterans commit suicide every day. Some service members return home affected by PTSD or combat-related trauma, while others struggle to readjust to civilian life, find employment or recover from disabling injuries they sustained while protecting our country.

For those of us who haven’t served in the military, it can be difficult to fully understand what our veterans have gone through. After all, many of them have seen or experienced situations that we could only imagine in our worst nightmares. That is why Memorial Day is so important, because it gives us a nationwide platform to show them love and respect…to let service members and their families know that we are here to support them.

This Memorial Day, I’ll be paying my respects to current members of the military and veterans during a ceremony at the Flushing Cemetery in Flushing.

No doubt, my thoughts will drift to the roles my grandfathers played in serving our country: Emil Marvicson, a U.S Navy sailor who saw action in Okinawa, Midway and the Philippines aboard the U.S.S. Twining (a naval destroyer) in World War II; and Norman Gagnon, who was a corporal in the Army Corp of Engineers stationed in Seoul during the Korean War.

On May 27, consider attending one of our area’s many outstanding Memorial Day services, or observe the day by placing wreaths on the graves of veterans at your local cemetery. No gesture is too small or unimportant, whether it’s a “thank you” directed to a veteran or recognition paid to names on a war memorial. We must always remember—and never forget—the significance that Memorial Day represents.