Save the date: Benefit planned for ill firefighter 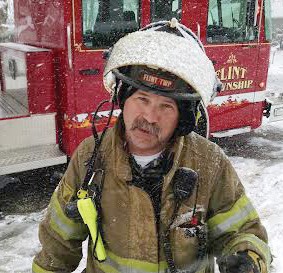 A fundraiser is planned next month to benefit the family of Paul Roop, a member of the fire department since 1996.

Roop, a 20-year member of the Flint Township Fire Department, was diagnosed with Stage Four cancer in October and is currently undergoing chemotherapy according to a flyer posted on the Carman-Ainsworth Schools Facebook Page.

The benefit is being planned to support the Roop family “as they go through this challenging time in their lives,” according to organizers. Admission is $8 at the door for adults and free for children age 5 and under. A raffle, bake sale and door prizes will be part of the event.

Assistant Fire Chief Mike Burkley described Roop as a “very reliable firefighter for 20 years who has attended most Firefighter Association activities with the most recent being the “firefighters Ringing the Bell for the Salvation Army.”

Roop has always been a person who leads by example in the community, Burkley said. Roop’s son Brian, is also a member of the fire department, following in his father’s footsteps, he said.

For more information about the benefit dinner, contact Rob or Debbie Jarnigin at 810-732-5338.