School Board recognizes Weinrauch for years of service 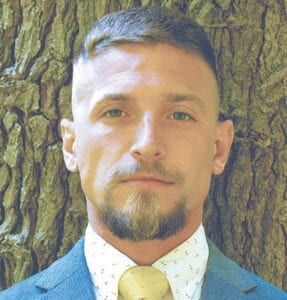 FLUSHING — Treasurer Peter Weinrauch received a rousing sendoff from the Flushing Board of Education on his final night as a school board member.

Weinrauch, who was elected to the school board in 2014, said his farewells to fellow board members at the Dec. 15 meeting. In turn, each school board member reflected on Weinrauch’s contributions to the board and thanked him for his friendship and advice over the years.

“You’ve represented a youthful aspect on our board, and we’ve appreciated how you stay in touch with more recent grads and bring us ideas about what other districts are doing,” said FCS School Board Vice President Elisa Cantwil. “Every time we meet, you’re always smiling, upbeat and positive. You will be very missed.”

In turn, Weinrauch thanked Flushing School Board members and district administrators for their support and detailed how each person has positively impacted his life.

“These six years have been a growing and learning opportunity for me, and it’s something I’ll be forever grateful for,” he said.

During the Nov. 3 election, Weinrauch fell short on his reelection bid to the school board when he finished fourth in a field of five candidates. Local insurance agent Kimberly Strnad, who finished third in the race, will replace Weinrauch in January.

At age 25, Weinrauch became one of the youngest members to ever serve on the Flushing Board of Education. He was selected as board treasurer this year after serving as a trustee for most of his six-year term.

Weinrauch, now 31, graduated from Flushing High School in 2007 and pursued a bachelor’s degree in secondary education. He is currently in his fourth year as a secondary ed teacher at West Bloomfield High School in Oakland County.

FCS Superintendent Matt Shanafelt praised Weinrauch for being an advocate for students and lending his perspective as a teacher to ensure that the district stayed up to date in the education landscape.

“Peter has always made sure that our students are technologically proficient…and that we were at the forefront with our digital curriculum and online services,” Shanafelt said. “He also stressed the importance of leadership to students, knowing that they will be charged with leading our world in the coming days.”

Larry Tippett, President of the Flushing Education Association (FEA), congratulated Weinrauch for his dedication to Flushing Community Schools and the field of education.

“As a Raider grad, Peter continues to make his former teachers proud by being a working educator and having served his community on this board,” said Tippett. “The FEA appreciates his perspective as a teacher on the board…and his ‘service before self’ attitude that led him to become one of the youngest board members in Flushing School Board history.”

In recognition of his service on the Flushing School Board, Weinrauch also received a certificate of appreciation from the Genesee Intermediate School District (GISD).