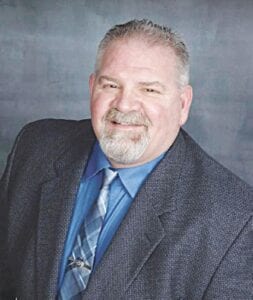 BURTON — Local businessman, longtime public safety official, and current UAW General Motors employee Tom Scott has announced he is running for one of the three seats on the Burton City Council this year.

He has owned many successful businesses over the years including construction, mortgage and armed guard private detective agencies.

After successfully selling his companies, he said he decided to continue working at General Motors on the receiving dock. Scott is a proud member of the UAW Local 653.

“I believe that my real-life experience combined with my passion for the city of Burton will allow me to make the best decisions,” said Scott. “I believe every person deserves to have a voice in their local government. I understand the issues and how they affect each of us and I will act in our best interest.”

As a business owner, Scott said he understands the impact that COVIDScott 19 has played on Burton businesses.

“As your councilman, I will work with the state to provide relief to Burton small businesses and get them thriving once again,” he said. “We must open our city back up safely and get our local economy back on track.”

Scott said getting Burton back open for business is more than just recovering from COVID-19.

“I would like to see our infrastructure needs met which includes fixing our roads, and cleaning up our neighborhoods,” he said.

Scott said he started the conversation with residents, and he thinks they are fed up with wasteful spending and high taxes.

“Burton citizens are being taxed to death and they need a break,” he said. “We must do everything we can to make the dollars squeak and not use tax hikes as our first resort.”

Scott said with his background in public safety, he understands that when our police and fire are strong, so is the city.

“I will make sure our departments are properly funded so we can reduce crime in the City of Burton,” he said. “I also recognize we have an existing Police millage, and I will make sure it is spent on the things we need.”

As a UAW member, he said he understands teamwork is important, adding he will work to bring the city council together and work as a team player.

“We will work for the community with transparency and respect,” said Scott. “I believe that our citizens deserve to be represented by someone who shares our values and has the courage to stand up and act on our behalf. I ask for your vote.”

Three seats are up for re-election in this year – Councilmen Vaughn Smith, Dennis O’Keefe and Danny Wells. Their terms expire in November.