Searching for my namesakes 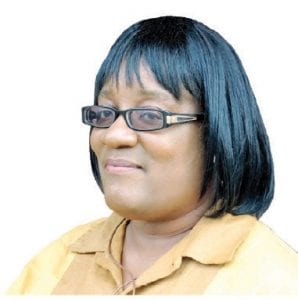 I was in fourth grade when a fad blossomed for girls to wear personalized name tags similar to those now found in abundance at souvenir and gift shops.

My best friend Karen had one. So did Doris, Donna, Linda and even Miriam. But Rhonda was nowhere to be found and believe me I searched hard.

To this day, finding anything personalized with my first name still is hit or miss but I do occasionally find items such as ink pens and refrigerator magnets.

Oddly, it is easier to find actual people with the same name as mine. My whole name, not just my first name.

More recently, my interest in other Rhonda Sanderses resulted from my “whatever happened to” online search for childhood friends and others I have lost touch with.

The internet has made our community very small. A simple Google search turned up hundreds of people with the same name as my long-lost friends. Some left me shocked and wondering if my old friend was the one who turned out well or the one who ended up in prison.

That made me curious about my own name. If an old friend Googles me, will they end up thinking I am one of the Rhondas who did not turn out so well or, worse, if I am one of the ones now deceased.

I found tons of information about other Rhondas. Background checks are available if I wanted to take it that far but I am mainly curious about what I might have in common with the other women. Some of them are writers, like me. Some are business professionals and some are convicted criminals (unlike me).

Some of them are close to my age which means I probably was not the only little girl in fourth grade feeling left out because she could not find a personalized name tag.

One Rhonda Sanders lives in Ostend, Belgium. Her Facebook page is not written in English so I can’t tell much about her. But she has photos of her climbing up the face of a rock wall, sitting on a mountain bike wearing a helmet and a basket of cats. All of that is so not me.

Rhonda Sanders in Arizona is a jewelry and watch designer. I like creative people so she and I could possibly be friends.

Another Rhonda Sanders works for a school district in Pennsylvania and also is a minister. We seem to have a few common interests so I might enjoy a chat with her.

I’d probably get a kick out of meeting Rhonda Sanders who works at the Hyundai Plant in Montgomery, Ala. — my hometown.

Rhonda Sanders in California works at a vineyard. She sounds like a fun person to know.

The list goes on and on. It is an entertaining way to learn about other people who share your name.