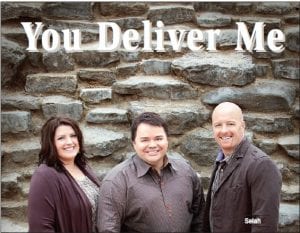 “Back then, most albums were pretty highly produced, and the way we approached production, there was nowhere to hide.” — Allan Hall, Selah

When the members of Selah chose to record “It Is Well with My Soul” and “Precious Lord, Take My Hand” for their 1999 debut, Be Still My Soul
(Curb), they had absolutely no idea how such potent hymns would help them through unfathomable tragedy a decade later. Selah knew the remarkable circumstances under which the timeless classics were written. Horatio Spafford penned “It Is Well with My Soul” after all four of his young daughters died in an 1873 disaster at sea. And how, in 1932, renowned musician Thomas A. Dorsey composed “Precious Lord, Take My Hand” out of grief when both his wife and infant son succumbed to complications during childbirth. Yet even as Selah marked its 10th anniversary by recording the new album, You Deliver Me,
as a stylistic homage to that very debut, the group was working on songs that would soon seem more intended for itself than Selah’s fans.

The popular trio had already prevailed through a season that any successful recording artist would deem tumultuous. At one point in mid-2005, the group’s very existence came into question. At the time, founding members Todd Smith (vocals) and Allan Hall (piano/vocals) were still rebounding from the departure of Todd’s sister (and Selah co-founder) Nicol Sponberg several months earlier. She had left to pursue work both with her husband’s ministry and a lessdemanding solo career. After auditioning many vocalists, Amy Perry came along with her stunning soprano voice and mastered Selah’s melodies and harmonies.

America was introduced to Selah’s new member when the trio released Bless the
Broken Road: The Duets
Album
in 2006. Perry helped Selah win another Dove Award for “Inspirational Album of the Year.” With lead vocal duties on four of the album’s standout tracks, Perry quickly endeared herself to Selah’s fans.

When the trio entered the studio to record its new album, the original intent was to bookend Selah’s 10th year by paying tribute to the group’s first project. Selah’s debut was released more than four years before many other artists started recording hymns in 2004. Song selection wasn’t the only thing that set them apart.

“Back then, most albums were pretty highly produced, and the way we approached production, there was nowhere to hide,” Hall said. “If Todd and Nicol hadn’t been such strong vocalists, we couldn’t have hidden that with just the piano, occasional strings, and the voices. I think that’s what really appealed to people. Many were getting tired of some of the slickness, and here we came completely unvarnished.”

Like that first album, You
Deliver Me
was going to feature primarily hymns and a few worship choruses usually performed via piano, strings and vocals. Eclectic, yet accessible, Selah’s music remains undeniably unique. Though all three members enjoy a variety of styles, each individual is deeply rooted in his or her historic favorites. Hall bleeds country and bluegrass; Smith breathes classic rock and yesteryear’s CCM; and Perry marches to the beat of pop and urban gospel.

Tickets for the concert are $10 for general admission, $15 at the door. Children 5 and under are free. Tickets are available at Central Church of the Nazarene office, Family Christian Bookstore in Flint Township, Sonshine Bible in Flint, Noah’s Cove in Birch Run and online at www.iTickets.com.
For more information, call the church at 810-235-5671, email office@centralnazarene.com
or visit www.centralnazarene.com.