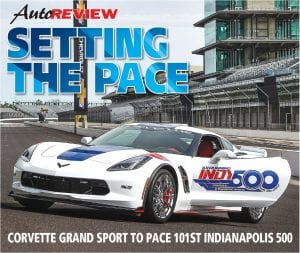 The Corvette Grand Sport is the official pace car for the 2017 Indianapolis 500 and will lead drivers to the green flag on May 28 for the 101st running of the legendary race.

“Chevrolet is proud to once again pace the Indianapolis 500,” said Steve Majoros, marketing director for Cars and Crossovers. “The Corvette Grand Sport’s performance capability and motorsports heritage make it the perfect choice to pace the Greatest Spectacle in Racing.” 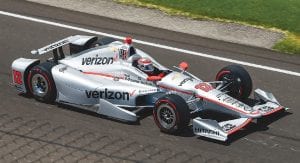 Chevrolet has a storied history with the Indianapolis Motor Speedway. Chevrolet was founded in 1911, the year of the inaugural 500-mile race, and company cofounder Louis Chevrolet, along with brothers Arthur and Gaston, competed in early Indy 500 races. Arthur Chevrolet competed in the 1911 race and Gaston Chevrolet won it in 1920. 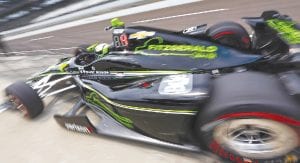 Juan Pablo Montoya, driver of the #22 Fitzgerald Glider Kits Team Penske IndyCar Chevrolet V6, during the first round of qualifying for the Verizon IndyCar Series 101st running of the Indianapolis 500. (Photo by Phillip Abbott/LAT for Chevy Racing)

“Chevrolet and Indianapolis are inextricably linked, sharing one of the longest racing heritages in all of motorsports,” said J. Douglas Boles, president of Indianapolis Motor Speedway. “We are proud of the longstanding relationship between Chevrolet and the Speedway and we love having the Corvette Grand Sport lead the 500 field to the green flag.”

Chevrolet is pursuing its sixth consecutive IndyCar manufacturer championship this year, building on a successful 2016 season that saw 14 wins out of 16 races.