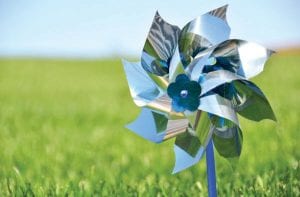 GENESEE COUNTY — April is Child Abuse Prevention Month and on Monday kicked off the Paint Our Town Blue public awareness campaign, spearheaded by Whaley’s Children’s Center, the Weiss Child Advocacy Center, Priority Children and the Ennis Center for Children, Inc., and Hurley Medical Center. This collaboration of nonprofits, community leaders, businesses, and residents aims to raise awareness about the prevalence of child abuse and neglect and its long term impact on child development and also to highlight community social and economic conditions, according to a press release.

Several community events are planned including:

• April 18 | Paint Our Town Blue Candlelight Vigil. In remembrance of the innocent children who lost their lives to abuse and neglect, a candlelight vigil will begin at 7 p.m. at the flat lot in downtown Flint, 125 E. Kearsley St.

• April 22 | The Super Hero 5K Run featuring runners dressed as their favorite superhero will begin at 9 a.m. at the Flint Farmer’s Market. A 1K Fun Run for children will begin at 10 a.m. 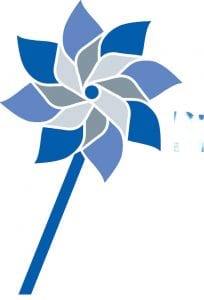 • April 25 | Wear Blue Day is to raise awareness and gain support for preventing child abuse by inspiring everyone to wear blue. For updates, please visit the Facebook page at www.facebook.com/PaintOurTownBlue/

• April 30 | Blue Sunday is the day when local churches will say a prayer for victims of abuse and neglect and display information about child deaths locally and nationally.

Throughout April, Paint Our Town Blue organizers are encouraging everyone to put blue ribbons or bows on your doors, car antenna or mail box; set up a pinwheel garden in your front yard, change your outside lights to blue bulbs and wear a blue ribbon.

Large blue bows have been affixed to light posts in downtown Flint. Community business partners may also display pinwheels or bows as a show of support.

The pinwheel, signifying the free spirit of a happy childhood, is the symbol of the Prevent Child Abuse America Pinwheels for Prevention national campaign.

Some statistics on Child Abuse & Neglect include that, on average, in the United States, more than five children die each day as a result of child abuse or neglect. More than 6.2 million reports are made each year and over 15 million children witness violence in their homes each year.

Genesee County had over 2000 cases of child abuse and neglect.

Statewide, the number of abused and neglected children has reportedly risen to the highest level in more than 25 years. In 2012, 569 children died from abuse or neglect in Michigan. An estimated 34,777 children were victims of abuse or neglect.

Out of the 33,434 child victims, 7,686 (23%) were babies. Nationally, nearly 700,000 children are abused in the U.S annually, according to provided statistics. An estimated 1,670 children died from abuse and neglect in the United States in 2015. Children younger than one year had the highest rate of victimization of 21.9 per 1,000 children in the national population of the same age.

Of the children who experienced maltreatment or abuse, over 75% suffered neglect; more than 15% suffered physical abuse; and just under 10% suffered sexual abuse.

Approximately 80% of reported child fatalities as a result of abuse and neglect were caused by one or more of the child victim’s parents.

These sobering numbers will be reflected through displays at various events throughout the month.